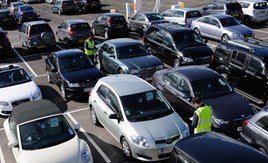 Growth in the used car market continued in the third quarter of 2016 with a record 2,148,050 vehicles sold to consumers, according to figures published today by the Society of Motor Manufacturers and Traders (SMMT) today.

The number of electric vehicles sold grew 94.1% between July and September as used buyers made the most of new fuel technology appearing in the used sector.

The trend towards smaller cars continued, with superminis the best-selling body type (33.8%) followed by family hatchbacks (27.4%) and saloons (13.4%). 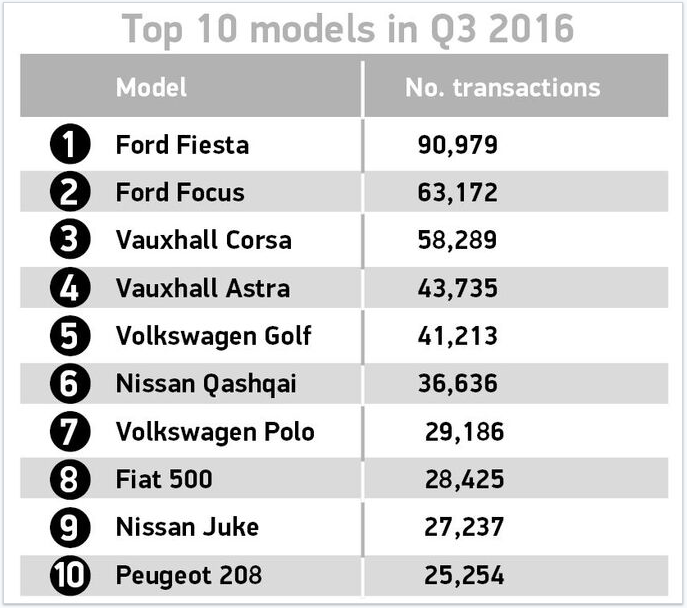 Nationally, the Ford Fiesta retained its position as the most popular model, followed by the Ford Focus and Vauxhall Corsa, while cars aged one-three years old were most sought after, followed by those first registered seven-10 years ago.

More than 60% of all used cars were bought in silver, black and blue, which remained top of buyers’ choices for a second year in a row.

Mike Hawes, SMMT chief executive, said: “Sustained growth in the used car sector is great news for consumers, who have never enjoyed so much choice – whether in brand, body style or fuel type and the range of finance packages on offer makes them more affordable than ever.

“It’s particularly promising to see the growing demand for electric vehicles filter into the used car market but to encourage greater take-up, a more widespread commitment to charging infrastructure is needed.”