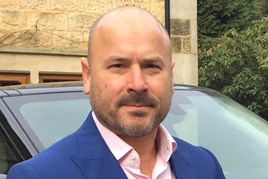 Analysis of retail data in dealerships during April by enquiryMAX shows a retail sector in good health. Both new and used trends remain within seasonal norms.

Used car enquiries dropped by 11% between March and April, with test drives reducing 16% and sales decreased by 12% over the same period.

New car sales saw a larger drop with enquiries down by 23%, test drives and orders reduced by 30% and 32% respectively, between March and April.

The company provides sales lead management software and retail consultancy to more than 600 dealers in the UK.

David Boyce, managing director, said: “Research shows that March is the dominant month for sales, so April usually sees a drop off in retail demand.

“While some industry commentators expected a bigger drop off this year because of the record March, the data shows a month in line with seasonal norms.

“However, it is a testament to the professionalism and efficiency of the sector that conversion rates are strong into April and consumer demand remains relatively high.”

The data analysis, from over 400 dealerships across the UK, is used to inform retail consultancy and advice for enquiryMAX customers.