Independent Motor Auctions will boost the quantity of its used car stock at its recently acquired Blackpool facility as part of a new agreement with Arnold Clark.

Since buying West Coast Motor Auctions in Poulton-le-Fyde, near Blackpool, in December, Leeds-based Independent Motor Auctions has completed a six-figure investment in the business and the Arnold Clark agreement has provided a further boost in trade.

Among the changes made to the Blackpool facility has been an upgraded and faster IT system, a major refurbished canteen, a new cashiers office, reception and rostrum, plus the acquisition of a new vehicle transporter.

Over the last six months, Independent Motor Auctions has increased the turnover of the Blackpool facility by 100%, thanks to the hard work and commitment from the existing 12 staff and new team members, according to managing director Justin Lane. He said: “The acquisition of West Coast Motor Auctions has been a huge success and we are delighted that we’ve been able to enhance the business.

Independent Motor Auctions has auction facilities at Leeds and Blackpool and employs a total of 38 staff across the group. 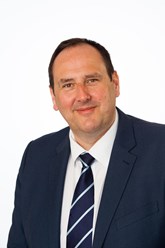