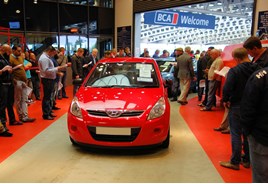 The average value of a used car rose 1.8% across the board at BCA during July, with the remarketing specialist claiming that the market “reflected a good balance between supply and demand”.

Year-on-year, the headline figure was up by £621, equivalent to a 7.24% increase in average values.

BCA put the increase in value down to both the steady demand and the richer mix of stock available at BCA over the past 12 months.

Its monthly Pulse Report stated that the average age and mileage profile continue to fall, with average mileage declining by around 2,200 miles, while the average age fell by two months compared to a year ago.

Values rose to record levels in the fleet and lease sector and nearly-new values also improved during the month.  Average values declined marginally for dealer part-exchange cars during July.

“However, professional buyers remain selective, often buying to order and focusing their attention very firmly on the ready-to-retail vehicles that can be churned quickly.”