The average price of a used car increased 6% year-on-year in October, according to data published by Auto Trader.

The latest figures from the Auto Trader Retail Price Index show that the average price of a used car in the UK is continuing to grow, reaching £12,639 in October – 6% on a like-for-like basis.

Used diesel prices also grew, but were behind the general trend, rising 3% year-on-year (like-for-like) to £14,555.

While diesel average price increases have been slowing for most of 2017, October marks the third consecutive month used diesel prices have grown at a more accelerated rate. 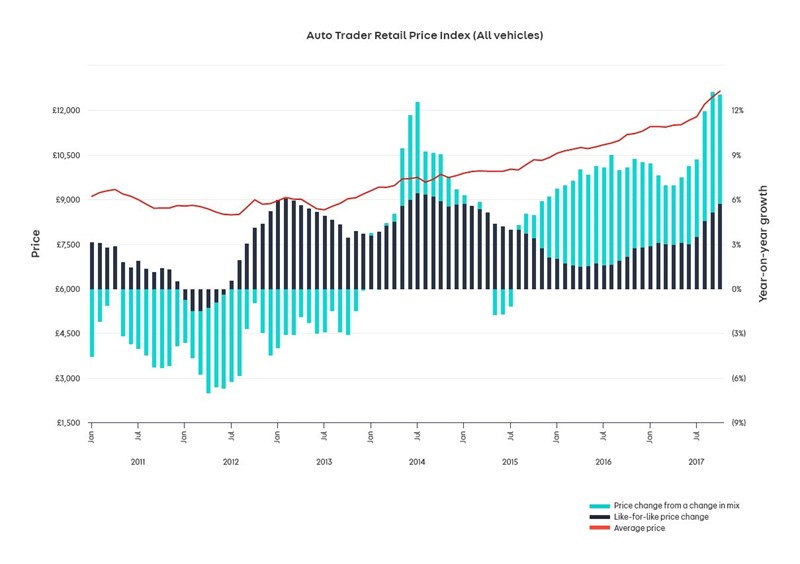 Diesel also continues to be the most searched for fuel type, according to Auto Trader, albeit declining 1ppt from September to 55%.

“On our marketplace, used diesels have shown greater resilience in recent months, in terms of both searches and average used price.

“However, the slight decline on September does mark the first-time diesel searches have dropped since May.

“It will be interesting to see whether this will continue alongside the wider trends and developments we’re seeing in the automotive retail market, including the introduction of scrappage schemes by many of the major manufacturers.” 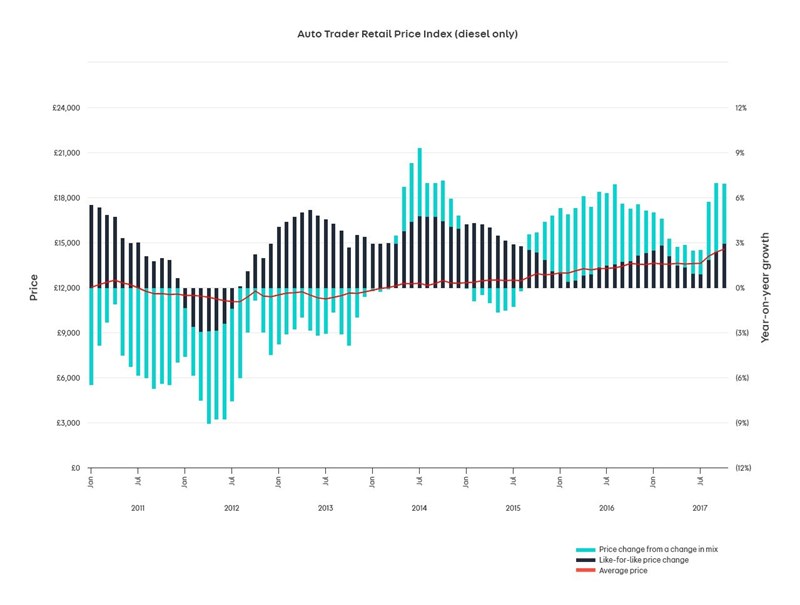 Auto Trader’s Retail Price Index combines and analyses data from over 500,000 trade used car listings every day, as well as additional dealer forecourt and website data to establish its figures.