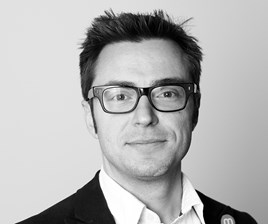 As new car sales slow down there is now a growing importance of used cars to franchised dealers, research shows.

The October analysis, conducted by Motors.co.uk, which looked at consumer and retail trends from over 500,000 vehicles listed through the platform, reported that used cars for franchised dealers sold 10% faster than September 2017, with dealers also stocking 10% more cars in the month.

The increase was driven in part by a renewed focus within franchise dealerships on used cars to compensate for softer new car demand, and also to an increase in part-exchange vehicles coming onto the market as a result of the September plate change.

"Put simply, franchised dealers are having more success with used cars: selling more of them and selling them faster.

"We expect used cars to grow in importance for franchised dealers over the coming months.

"However, although we have seen an uplift on used vehicle data during October, we are entering a quieter time of year when many businesses are positioning for a successful 2018.

"Our data provides dealers with insight into how consumer demand is altering."

In addition to figures on new and used vehicle sales, the Motors.co.uk data also showed a fall in customer interest in diesel.

A slowdown in sales pace was recorded, with diesels taking on average 37 days to sell - an extra day more than when compared to the same period year on year, and 5 days slower than petrol vehicles.

This fuel data reflects the latest SMMT data (released November 6) which revealed sales of diesel cars in the UK fell by nearly a third in October compared with last year.