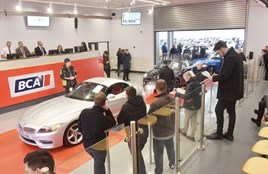 The average price of a used car reached its second-highest level on record for remarketing specialist BCA as demand remained high across its 24 auctions centres and online platform during February.

BCA’s monthly Pulse report revealed that average used car values rose by 2% month on month and by 7.6% year-on-year to £672 as they reached £9,498 last month.

Values rose for fleet and lease, dealer part-exchange and nearly-new vehicles with the average age and mileage of vehicles continuing to reduce, the report said. 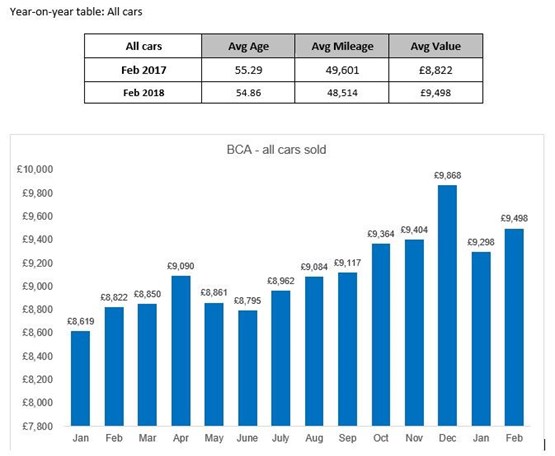 “The arctic blast of weather had no impact on trading, with professional buyers switching to our Live Online platform if travel was difficult.

“While Easter is often seen as a watershed in demand, every indication suggests the used car sector will enjoy continued demand during 2018, with a number of retailers expecting used sales to play a significant role in overall profitability in the months ahead.”

Pearson added: “Average used car values have been rising at BCA for an extended period and 2018 seems set to maintain that pattern.

“This reflects the demand from buyers, the high quality of stock consigned to BCA by fleet & lease and dealer vendors and a general falling in average age and mileage at remarketing time.”

BCA reported that February had delivered the second-highest average value on record for fleet and lease stock, with values rising 2.6% (£279), to £10,792, from January.

Meanwhile, retained value against original MRP (Manufacturers Retail Price) improved by more than 1ppt over to reach 43.23%. Year-on-year values were up by £613 (6.0%). 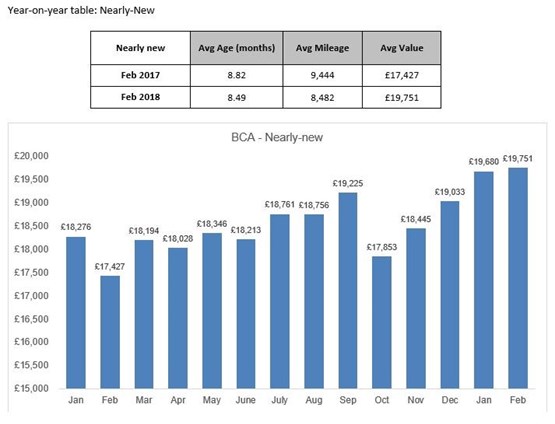