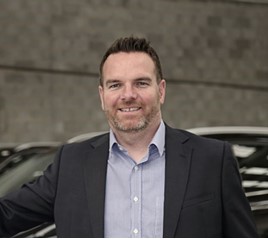 Demand for used diesel cars has remained strong in the first quarter of 2018, driving conversion rates at auction.

Hammer prices have been generally strong so far this year, regardless of fuel type. This has led to Glass’s values remaining reasonably stable, even strengthening throughout quarter one in the popular Lower Medium segment.

This segment has historically had a fairly equal split of petrol and diesel sales and contains popular volume models such as the Ford Focus and Volkswagen Golf. Petrol models have been outperforming diesel, but rather than suffering a significant downturn in values, diesel has remained consistent.

“It is worth remembering that there are no fiscal penalties associated with owning a diesel car and they remain popular with used retail buyers,” said Jayson Whittington, chief editor - Car and Leisure Vehicles. 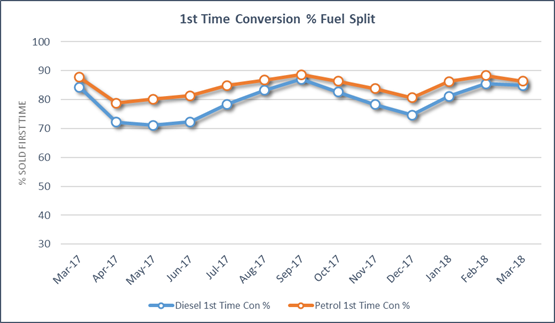 A similar pattern has emerged in the Premium Upper Medium segment which includes models that are popular with fleet operators, such as the Audi A4, BMW 3 series and Mercedes C-Class.

“Throughout 2017 the gap between diesel and petrol widened with average diesel residual values reducing by around 1%, but it is worth remembering that the volume of diesel significantly outstrips petrol in this diesel dominated sector, which has resulted in values for the in-demand and undersupplied petrol variants increasing,” Whittington said.

Diesel cars in the Premium Upper Medium segment converted at a slightly faster rate than petrol in February and March this year.

“It could be possible that petrol values are beginning to reach a ceiling in this segment,” explained Whittington.

He believes there are currently no signs of diesel values significantly weakening and there is no short-term forecast that they will suffer any kind of crash.

“The used car market has been very strong over the past few years and the signs are that it is strengthening still further, as activity in the new car market softens. Diesel still has a very strong part to play in the used car market, which is good news as there is no shortage of them due back at the end of contract hire and PCP terms.

“It will be interesting to see however, what will happen to petrol and diesel values in three to four years’ time, when less diesels are expected to be de-fleeted, yet there will be an increase in petrol volumes. We could see a resurgence in diesel values with petrol performance softening in line with the supply and demand dynamic.” 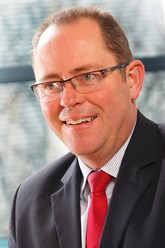 Fleets 'hanging on' to cars and vans distorting the market - Glass's

Fleets 'hanging on' to cars and vans distorting the market - Glass's 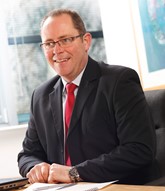