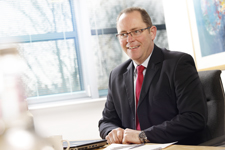 The quieter months of summer will put the effects of Brexit on used car prices on hold until the fourth quarter of 2016, says Glass's.

Glass’s is forecasting that it will take this long for the initial impact of Brexit to start to make itself felt.

Rupert Pontin, director of valuations, said: "We're in a period that you might characterise as the calm before the storm. The decision to leave has been taken but we have yet to see many material changes.

"The first factor to hit the car and van markets is likely to be fuel costs. As the pound has dropped in value, oil will become more expensive and pump prices are likely to rise.

"The second will be the choice of prime minister. Based on their decision, we will start to get an idea of when article 50 will be enacted and their overall approach. This may also trigger a period of further instability.

"Hopefully, from there, we will soon start to see a picture emerging of the timetable for the next few years, which will at least allow dealers and manufacturers to plan more accurately. One of the issues at the moment is the sheer number of unknowns."

He said: "The next set of indicators is likely to be seen in areas such as retail and the housing market if consumer confidence continues to fall and lenders become more risk averse, making borrowing more expensive.

"What is challenging, if not impossible to predict, is how strongly all of these factors will affect the car market. It has been very strong and resilient in recent times, which is a good starting point.”

AM Poll
Are you training your staff on commission disclosure ahead of the January FCA changes? Please leave a comment
Vote
View all
1844