The used car market slowed in July breaking the cycle of average value movements being more positive than in the same month in the previous year, a rare phenomenon which lasted for 12 months, according to Cap HPI.

Derren Martin, head of current valuations at Cap HPI, said: “The strength of the used car market over the last few months is due to lower supply and higher demand.

“Some mainstream manufacturers have reduced their volumes with a noticeable drop in pre-registration. Demand has switched for many buyers into the used car market.”

He said that demand from rental companies may help manufacturers register some of these cars, but at a cost.

Martin said: “All of this adds up to an unclear picture for the used car market; some of the above factors could aid used car values, others could be detrimental.”

City cars and superminis dropped in value by slightly more than the average movement. The strength the sector has seen over the past year in particular in this smaller end of the market does appear to have drawn to a close.

SUVs, despite being almost 20% of the used car volume outperformed the market, with regards to prices achieved. Values dropped, but only by 0.4% at three years old. The main strength was in the medium SUV size of car, with some models such as the Nissan Juke (petrol), Renault Kadjar (petrol and diesel) and the Skoda Yeti (petrol) rising in value.

As Cap HPI predicted, the World Cup had no lasting impact on used car demand.

While consumers largely stayed at home during the tournament, there was a quick recovery to a steady level of retail footfall, which is usual for summer months.

A survey of auctions shows a mixed picture with a 50:50 split between those stating that demand was the same as in June and those saying it had reduced – very few cited an increase.

Almost half though did state that conversion rates had improved.

With regards to demand for used diesel cars – a hot topic with new car sales diminishing for this fuel-type – respondents to the survey were almost unanimous that demand remained unaffected. 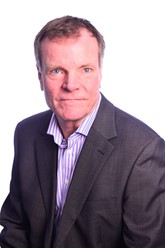