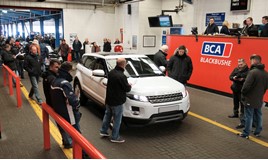 The used car remarketing sector “continued to strengthen” during August as the average price of a vehicle sold via BCA rose 2.9% month-on-month.

The headline used car value reported in the remarketing specialist’s monthly BCA Pulse report rose by £254 to £9,407 over the month.

It reported a strong trading month despite the holiday season being in full swing and a continuing shift in the mix of product entering the market as the 69 ‘plate change approached. 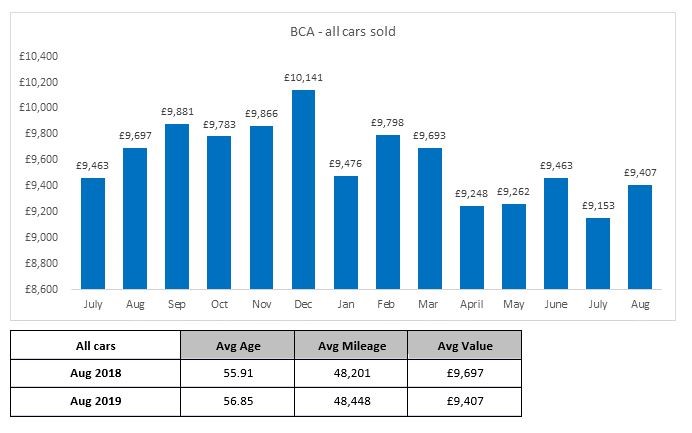 In BCA’s auctions halls, however, prices were once again on the rise thanks largely to dealer part-exchange and an influx of nearly-new models.

The Pulse report showed that the value of former fleet and lease vehicles averaged £11,116 at BCA in August 2019, down by £178 (1.6%) compared to July, largely as a result of changing model mix and seasonal factors impacting supply. 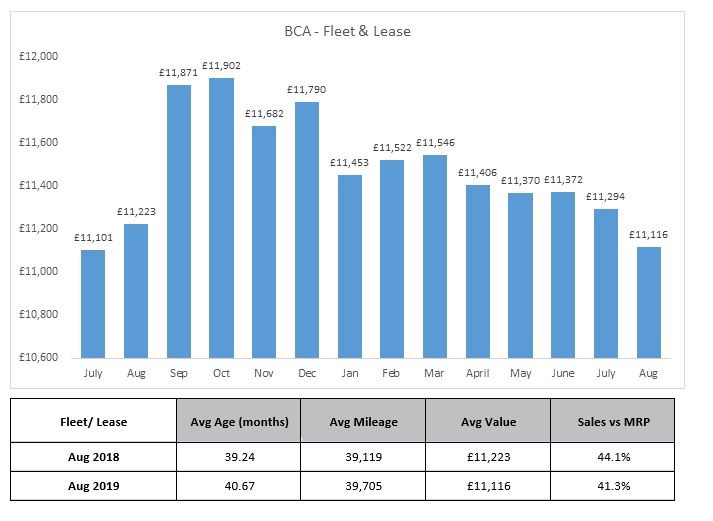 Year-on-year, values were down by £107 (1%) although rising age and mileage will have largely accounted for this fall in average value.

Average values for part-exchange vehicles remained broadly in line with the same period last year with a similar profile of age and mileage. 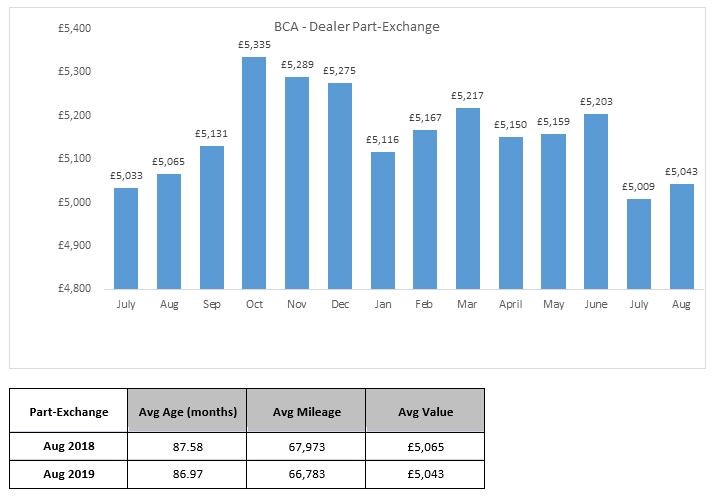 BCA said: “Model mix has a significant effect in this sector, with brand specific winners and losers.” 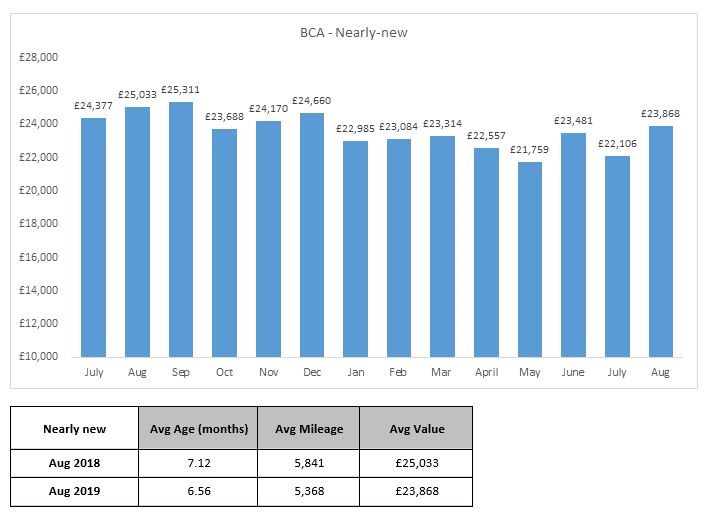