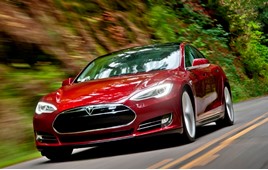 Increasing competition for used car stock from private sellers has been revealed in Motorway data showing year-on-year growth in the valuations – with EVs showing a 34% increase.

Data published by Motorway, which brings together car retailers and private car sellers via its online comparison website, showed that electric vehicles were now topping the dealer desirability stakes just months after hailing the performance of premium sector cars as “pandemic proof”.

Its new monthly ‘Carometer’ reveals the average price of used cars valued on its platform each month, as well as the same time last year.

It is based on market valuations of premium used cars on Motorway over £10,000, less than five-years-old, with under 50,000 miles on the clock.

In brand terms, Tesla has had the biggest price increase from September 2019 to last month, with valuations up 11%, equating to an average of £4,746 more per vehicle.

Tesla values increased by 3% month-on-month in September, according to Motorway.

Peugeot, Skoda, Mercedes and Volvo also saw month-on-month rises of between 3% and 5%, with the PSA Group-owned French carmaker’s products up 6% compared to August and 7% up on September 2019.

“With an uncertain economic outlook, many people are moving away from buying a new car and choosing used to find more value.

“And commuters are looking for alternatives to public transport to stay safe - and they’re turning to the secondhand market too.

“This combined impact means resilient prices for car sellers with quality used vehicles - and this is borne out in our data.

Leathes added: “Dealers, hungry for quality stock they can sell at affordable prices, are also pushing prices up. From Tesla and Mini, to Peugeot and even showstoppers like Ferrari and Lamborghini, sale prices show no signs of slowing down as we near the end of the year.

“Consumers that usually go for new cars have woken up to the benefits of the used car market, and we expect strong market growth to continue long into the future. In highly uncertain times, that is real cause for celebration.”

Motorway said that it had seen diesel car prices plummet in recent months.

However, September bucked the trend with 3% month-on-month and 2% year-on-year rises.

It said that continued low interest rates could have helped to contribute to valuation increases of between 6% and 16% year-on-year.

Porsche saw a 10% drop from August and 4% from last year.

Motorway is currently offering car retailers 50% off broker fees on the first two purchases made through the Motorway Pro platform during October.

The online vehicle stocking source said earlier this month that the promotion had come in response to “bumper private stock levels” seen in September.

A sample of valuations movement data from Motorway's September Carometer: 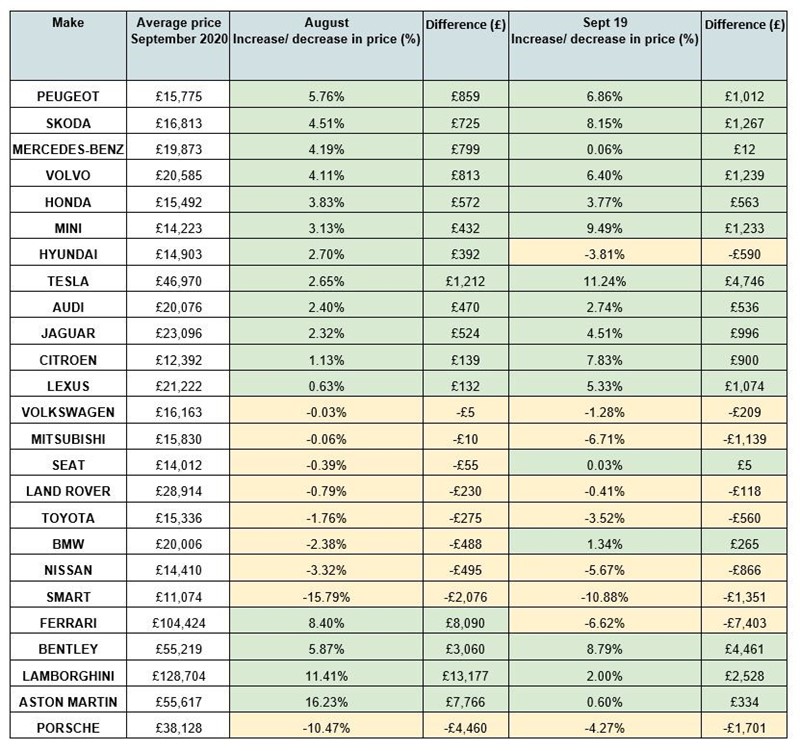 AM Poll
How do you feel about the 2030 rule for hybrid and electric new cars only?
Vote
View all
1825