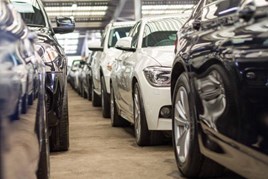 Used car values continued to grow on a year-on-year basis in July, although the rate of growth is softening.

Data from Auto Trader’s Retail Price Index shows the average price of a used car was £17,173 in July, which on a like-for-like basis, is a 19.5% increase on the same period last year.

The rate of growth is slower than the 32.2% recorded in April 2022, feeding the narrative among some commentators that an imminent price crash is coming, but Auto Trader said on a month-on-month (MoM) basis, average prices have increased (0.2%), which contrasts with typical seasonal trends (July 2019 recorded a -0.4% decline). The sentiment is backed by Cap HPI’s director of valuations Derren Martin.

Richard Walker, Auto Trader’s director of data and insights, said: “With price growth softening it would be easy to misinterpret the data as a market in reverse or in decline, particularly against the current backdrop of economic uncertainty. But our data, which is based on the largest and most accurate view of the automotive market, shows that is simply not the case. And whilst demand is easing against last year’s once in a lifetime levels, with almost four million new and used car transactions ‘lost’ since 2020, combined with packed new car order books – and very lengthy waiting times – demand for used cars remains. Coupled with ongoing supply challenges, anyone predicting a crash in used car prices any time soon, will be sorely disappointed.”

The current softening in the rate of growth can, in part, be attributed to the fact that growth is now overlapping last year’s already very high levels - in July 21, prices were up at a then all-time high of 14.1% year-on-year (YoY).

Further contributing factors, outlined by the digital marketplace, include a slight YoY softening in consumer demand.  However, it said this must be taken in context of last year’s “exceptional” levels, which was fuelled by massive pent-up demand post lock-down, and the huge surge in competition for used cars due to new car shortages.

When comparing the current market with pre-pandemic levels, the latest onsite data from Auto Trader shows the volume of advert views on its marketplace were up 12.4%.

Despite economic uncertainty around the rising cost of living, surging fuel prices, and the Bank of England’s expected hike in interest rates to curb rocketing inflation, Auto Trader research suggests at least 80% of consumers are at least as confident as they were last year in their ability to afford their next car – 43% said they were more confident, which is up on the 41% recorded in June, and the 38% in May. Three quarters stated they were intending to buy a car within the next six months, which is consistent with the levels over the last year, whilst two in five (40%) are planning on making a purchase in the next two weeks.

Sue Robinson chief executive of the NFDA, added: “The NFDA expect used car values to remain strong as the supply of good quality retailable used cars are still lower than normal.  Current new car volumes are restricting the number of part-exchange vehicles reaching the market that would normal help supply dealer forecourts, and at the same time some consumers needing a car quickly are turning to the used market to source a car.”

Data from eBay Motors shows the average price of a used car offered for sale via its online automotive marketplaces declined to £16,652 last month, with independents making the biggest reductions – down 1.2% to £14,064.

Prices remained 15% up year-on-year, however, and fears of a slump in consumer confidence resulting from the cost-of-living crisis were mitigated by data which showed that days to sell improved from 39.5 to 37.9 days month-on-month.