Guest opinion: What makes an automobile brand valuable to consumers in the 21st century? 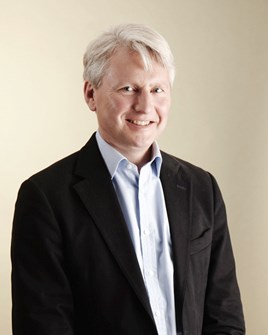 According to leading market research company Millward Brown, Toyota is the world's most valuable car brand as revealed in its annual ‘BrandZ Most Valuable Global Brands’ study.

Worth an estimated $28.9 billion, Toyota's brand value is higher than any other car maker's.

Toyota has spent billions designing and developing cars its customers want, for a price they can afford.

The brand has incorporated the latest safety features, introduced fuel efficient and low emission engines which includes hybrid options, and developed new technologies which have enhanced their customers driving experience.

What makes a brand valuable to consumers in the 21st century comes down to wide mix of factors which include: award winning design, technical innovation, safety, price, reputation, distribution, availability, core values and engaging brand marketing - all of which can take generations to build.

Change is coming, faster than ever.

Customers’ needs are evolving and technology as an enabler is constantly moving things forward.

Millennials have become mainstream and their behaviour is changing the commercial landscape.

People can choose to shop and interact in whatever way they feel comfortable, without having to settle for anything but the best, and brands and retailers need to be confident that they can deliver on these expectations.

In the Gartner report "Predicts 2015: The Internet of Things" it states, cars will be a “major element” of the expanding internet of things, with one in five vehicles having some sort of wireless network connection by 2020.

The report goes on to say that the connected car is already a reality, and in-vehicle wireless connectivity is rapidly expanding from luxury models and premium brands, to high-volume midmarket models.

It has never been more important for car brands to produce engaging and shareable content.

Consumers expect car brands to lead by example when it comes to innovation and that includes their marketing endeavours.

One brand experimenting with cutting edge technology is BMW.

The German automotive giant is exploring new tech ranging from self-driving vehicles to virtual reality in an effort to stay ahead of the competition.

Mobile apps have also evolved and a brands’ social media presence is the window into its world, and therefore must be representative, responsive and responsible.

Jaguar Land Rover has created the world’s first full-size car that can be operated by a driver using a smartphone outside the vehicle.

The technology apparently is said to work in “all weathers and all environments”, and the prototype is so sophisticated that it can perform a 180-degree turn in the road.

The smartphone app includes control of steering, accelerator and brakes, as well as changing from high and low range.

Automotive brands such as Audi continue to innovate, not just in the design of their cars, but in their brand advertising and retail environment. In 2012 Audi launched the world’s first fully digital and interactive showroom in the heart of London.

This has since been replicated by other brands who appreciate that customer experience has to be central to a customers purchasing journey, while showcasing its offering in fresh, contemporary and relevant way. Just a few examples of how brands are using technical innovation techniques to increase customer value, content and experience.

On the other hand, the pressure is on for 2015 Rugby World Cup sponsors, Land Rover, to score a try with their marketing and experiential strategy.

The much coveted cup is currently touring Britain in a customised Land Rover dubbed “Sweet chariot” and will be on display at 350 events.

Fortunately for Land Rover, the car is attracting almost as much attention as the trophy, and is just part of the company’s extensive investment in the sport and the competition.

One of the tasks facing every sponsor of the World Cup is to find a unique aspect to the relationship that will resonate with the most relevant possible audience. Land Rover’s involvement in finding the 96 mascots for the 48 matches will most likely do that.

The brand have set out to find a young mascot from all the competing Rugby World Cup nations, in a global campaign, which will give the kids concerned an unforgettable experience, but will also help emphasise the link from the grassroots of the sport to the pinnacle.

New car sales are being tipped by analysts to break their all-time annual record this year after they increased for the 40th consecutive month in June.

The Society of Motoring Manufacturers and Traders (SMMT) said there was a 7% rise in new car sales in the first six months of the year, taking the total to more than 1.3 million. Sales have been boosted by a number of factors; one is rising consumer confidence as UK unemployment continues to fall and the economy grows.

Compared with a slowing China and falling markets in Russia and Brazil, the UK has become a “regional honey-pot” for car dealers and customers alike.

Brands like Toyota will no doubt continue to innovate and produce enticing models for its customers, while trying to attract the lucrative millennial market.

Innovation is a crucial touch point in our always-on world and with the increased chatter of driverless cars and electric cars increasing in popularity, customers have never had it so good.

The future is bright for the automotive industry and with brands such as Toyota dominating market research league tables, the sector will continue to excel and grow around the world.