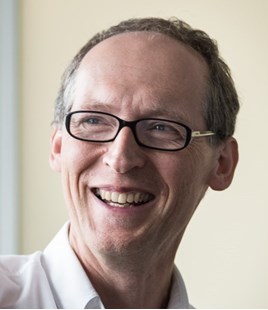 The recent emissions scandal at Volkswagen has once again thrust diesel and environmental concerns surrounding its use back into the spotlight.

But not only is demand for diesel far from dead, there is a process that can make the fuel more sustainably and address some of those environmental issues.

Despite a number of advances in recent years, in vehicle design and fuel improvements, diesel engines still fundamentally burn a wider mix of hydrocarbons than petrol engines – hence the problems.

Unlike refinery-derived diesel, the diesel produced in the gas-to-liquids (GTL) process is almost 100% paraffins; and contains virtually no sulphur or aromatics.

The chemistry of paraffins is such that they burn cleanly.

A study in 2004 carried out by Daimler Chrysler, for example, demonstrated that a car running on 100% GTL diesel produced 30% less particulate emissions and gave rise to a 90% reduction in hydrocarbon and carbon monoxide emissions relative to EU sulphur-free diesel.

But why are the results so different?

In contrast, producers of standard diesel use all the molecules gifted to us from oil’s natural formation process, applying a limited upgrading step.

GTL diesel may constitute as much as 80% of this total.

The scale of today’s market is constrained by the fact that there are only a small number of GTL plants in existence.

Such mega-scale plants can only be located in a small number of places that have specific advantages such as proximity to huge gas fields and an accessible, coastal location.

Today’s market size masks the vast potential of GTL. Up to a third of the world’s fuels (25 million bpd) could be supplied by GTL by using shale gas and stranded gas that otherwise could not find an economic route to market, and associated gas that would otherwise be flared.

By using GTL at a smaller scale, the number of project opportunities is greatly enhanced, as is the number and type of locations where the technology can be deployed.

Smaller scale GTL has the potential to produce diesel from up to 50% of the stranded gas fields that conventional technology cannot exploit economically.

But at the moment it is a drop in the ocean.

There are any number of examples demonstrating the benefits of the use of 100% GTL diesel, whether it be long distance adventures driving across Australia or from South Africa to Qatar, or its use by the winners of multiple Le Mans endurance races.

Consumers, too, are already feeling the benefit of GTL diesel.

It is blended into premium diesel fuels being pumped on forecourts across Europe.

As such it instils its characteristics (both emissions and performance) to a larger fuel pool, but at its own environmental cost.

This GTL diesel is currently shipped all the way from Qatar; making it a product with high ‘fuel miles’.

Smaller scale GTL as a distributed source of high quality diesel is fast becoming a reality.

One interesting example is ENVIA Energy’s GTL plant in Oklahoma City, USA, which, in 2016, will begin converting landfill gas to GTL diesel and other products for local use.

Not only will this fuel have the emissions and performance advantages of regular GTL diesel, but the use of landfill gas means that the fuels produced by the plant will deliver significant lifecycle greenhouse gas reductions over conventionally-produced fuels.

It is inevitable that the latest furore surrounding diesel emissions will accelerate the switching to hybrid and electric vehicles, particularly for small cars in our cities.

But ultimately, diesel remains the most flexible fuel; the one that will continue to give the automotive industry its backbone, in the haulage sector and elsewhere.

GTL addresses some of the environmental issues that are associated with the widespread use of diesel, reducing fuel miles, and in some cases producing high performance fuels from sustainable sources.

Not to mention the fact that its use also reduces engine noise and reduces wear and tear on engine components.

Of course, it does not solve all the emissions problems of the industry, but GTL diesel is a smart move in the right direction.