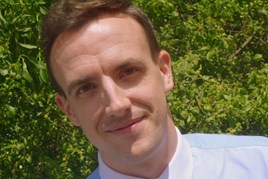 Record new car registrations during 2015 suggest that the UK marketplace is thriving, but research undertaken by EDM with dealers and their customers demonstrates that there continue to be concerns over the level of customer service provided by dealers and manufacturers.

A poor customer experience both during the initial sales process, but also post-sales can have a significant negative impact both directly and via word-of-mouth, particularly in the age of internet reviews and feedback forums.

In order to win their fair share of the growing UK marketplace, manufacturers and their dealers need to improve the customer service they offer by automating as much of the financing process as possible. The majority (80%) of new car sales are backed by finance, according to the SMMT.

However, the research carried out by EDM found that only a third (34%) of people rated the service levels and efficiency of the car dealer they last dealt with as ‘very good’ or ‘excellent’. Nearly one in 10 (8%) described it as ‘very poor’ or ‘poor’.

For car buyers who were disappointed with service levels, 45% said it was because they were given incorrect data and information. One in five people (20%) also said the process was very paper-based and took too long.

Car dealers are required to capture huge amounts of data – the critical thing is that this is managed effectively. Having the correct information, together with the speed and efficiency of the sales process, is closely correlated to how customers rate the service they received.

The impact of not getting this right can be significant: EDM’s research showed that a third (34%) of people avoid going to certain car dealers or marques because they have a reputation for poor customer service.

Quite significantly, some 86% of people who said that they were unhappy with service levels said they would not go back to that marque or dealer again.

EDM recognises that car dealers are aware of the importance of successfully and efficiently managing customer data and the positive impact it has on sales and service. Importantly, the technology exists to help them deliver a better customer experience.

For example, EDM has worked with the financial services division of a major car manufacturer to automate the process of paying out for car purchased with finance.

Instead of faxing documents from the dealer to finance company, they scan and upload the documents to a portal.

Behind the scenes the latest intelligent capture technology is used to automatically check the documents for errors, including validating if the customers driving license is valid, which are either automatically returned to the dealer for correction or passed and paid out within minutes.

This has significantly improved the process for customer, dealer and manufacturer by making it faster and more efficient and giving visibility throughout.