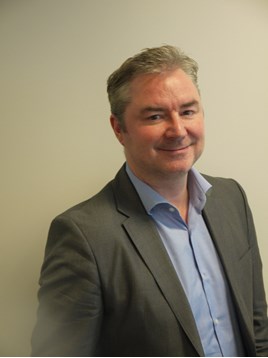 The automotive market is once again booming following a lengthy slump.

As the market regains its profitability, the level of competition between manufacturers is also on the rise.

In order to secure the extra capital making its way into the automotive market, manufacturers will need a convincing incentive to ensure their existing customers stay with the brand when upgrading models.

In this competitive climate, any manufacturer lacking a powerful sales tool to convince their customers to stay on board with the brand is missing a lucrative opportunity.

A major hurdle keeping consumers from finishing their purchase is a low guaranteed future value-based trade-in price for their vehicle once when their credit deal or personal contract plan ends.

Potential customers are frequently put-off upon this discovery, and often turn to other manufacturers for a better deal.

The simple solution to increasing brand-loyalty would be to increase the trade-in price for vehicles.

The reality, however, is that for the majority of manufacturers – already covering the costs storage, sales, repairs and valeting – adding another expense just isn’t viable.

At the same time, manufacturers can’t afford to ignore the customer’s concern over trade-in prices, as this factor can make or break a potential sale and damage the brand’s reputation.

The answer to this problem lies in the already established risk-managed promotional tools being used in the consumer electronics sector – which companies have successfully taken advantage of to replace offers of guaranteed future values.

Backed up by data analysis, these promotional tools provide customers with extra value, while also protecting manufacturers from potential risk.

They open up a new avenue for retailers to make offers that they previously could not have afforded.

While originally developed to aid the consumer electronics sector, these highly-experienced sales promotion companies use adaptable methods that could provide a priceless asset to automotive companies.

Value for customers and manufacturers

For the buyer, this would mean that in addition to the future value guaranteed at the end of a finance deal – which would be subsidised by the finance provider or dealer – they would also be eligible for an extra 10% should they choose to stay with the brand when upgrading to a new model.

This package would be developed with the help of a sales promotion expert.

If the customer is already guaranteed a trade in value of £10,000 for their £20,000 vehicle after three years, they stand to gain an extra £1,000 for choosing to upgrade to a new vehicle from the same brand.

The manufacturer would see great value as well.

The adoption of these tools would see a set percentage of automobile sales go to the sales promotion company – usually just 1.5%, or £300 for a £20,000 vehicle.

Even if the customer perceives their trade-in price to be of low value, they now have an added incentive to remain loyal to the brand at the end of their contract and are less likely to turn to the private market when upgrading.

These tools present a huge potential for retaining customers, who now have an added incentive to return to the same manufacturer following each deal. Repeated with each upgrade over the customer’s life, the cost of hiring a sales promotion company would pay for itself several times over.

The risk involved is minimal with implementing such a system is minimal, thanks to data-backed analysis, and lies with the promotions company rather than the manufacturer.

Normally, manufacturers stand to lose significantly should a promotion prove to be more popular than expected.

With the expertise of a qualified sales promotion company, which can make accurate predictions using their own data, the risk involved is mitigated.

Offers are also flexible, allowing the manufacturer to adjust the percentage of value on offer based on their need to push the customer.

Driving away with confidence

Promotions such as these carry an immense potential to enhance brand-loyalty in customers – three in four cars bought privately in the UK are purchased with finance deals.

Traditional guaranteed future trade-in values are falling short of this goal, as customers are often left disappointed by the trade-in value they are offered.

It’s becoming increasingly important for manufacturers to ensure customers drive away with confidence in the potential resale value of their new vehicle. Taking advantage of sales promotions will allow manufacturers, particularly those with multiple brands, to achieve this, while also gaining more control over the resale prices of vehicles.

As well as finding success in the UK through the consumer electronics sector, similar sales promotion schemes have also been implemented successfully by US car manufacturer Tesla, that recently expanded its new bundle of finance deals to the UK.

Tesla’s deal allows customers to pay a 15% deposit on their Model S, for which Tesla agrees to buy it back for 50% following the three-year finance deal.

The deal also guarantees that Tesla will pay for 43% of add-ons purchased during the sale.

In addition to Tesla’s buy-back guarantee, the car-buyer is given the option to extend their lease by two to four years while maintaining the same interest rate.

Tesla expects that this will provide a boon to sales of the Model S, as well as relieve any worries customers may have of any substantial price drops in the future.

With Tesla now implementing these sales promotions, the time is ripe for UK and European manufacturers to enhance brand loyalty and customer retention rates – making a further shift to fulfilling long-term sales.

These sales promotions programs have the opportunity to provide car manufacturers with life-long customers at a rate not possible with the conventional deals currently on the table.

With the automotive sector becoming increasingly profitable once again, there is plenty to gain and little to lose by implementing these proven promotions.