Guest opinion: Is mileage fraud an innocent crime or a serious problem? 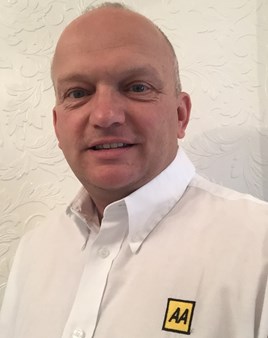 Car clocking used to be common practice because it was easy to manually change mechanical odometers. That was supposed to have ended with the advent of digital meters. But it hasn’t. In fact, it’s got far worse.

An estimated 40% of used cars in Europe have had their odometers tampered with, according to the FIA, the consumer body representing 111 Motoring and Touring Clubs including the AA.

And even a study by the Office for Fair Trading (OFT) on the second hand car market in 2010 estimated the potential loss to consumers of illegal clocking to be up to £580m per year.

As many will know, there’s no legal requirement to have an odometer and it’s not illegal to adjust the mileage. You are breaking the law, however, if you knowingly sell a vehicle with the incorrect mileage.

Step forward - the dozens of hi-tech mileage adjustment companies advertising online. Most of them allegedly operate within the law as long as they “take all reasonable precautions and exercise all due diligence to avoid the commission of an offence.” But the OFT believes that legitimate mileage adjustment is extremely rare.

By May 2018 though, an EU directive will ban those firms that offer to wind back the mileage - something AA Vehicle Inspections wholeheartedly supports because it also aims to provide consumers with more confidence and trust in buying used cars whether online or on the forecourt. If there is a genuine reason to have your odometer reconfigured then it should be done by a main dealer.

Yet for the time being, the practice continues. Of course, lower mileage means you can potentially secure a better resale price. The vehicle history experts HPI claim the most popular models can double in value if they have 60,000 miles wound down.

Another profit-driven motivation for clocking is linked to the ever-popular Personal Contract Plan (PCP) used to purchase cars.

These finance plans are based on the number of miles consumers are planning to do. If customers are coming towards the end of an agreement, and they’ve gone over, they might be tempted to alter the odometer to avoid an excess mileage charge.

MoTs record the number of miles driven. Yet brand new cars do not need the statutory test for three years - the typical contract term for a PCP. No one therefore may be any the wiser when the vehicle is eventually put on the market.

But there’s also the issue of moving the mileage forward, again for profit. Many large companies operate an authorised mileage allowance scheme for staff. Employees are paid for using their own car, and some may claim they’ve covered 30,000 miles a year having only done half that. When the firm asks to see their odometer, getting it clocked can save the day.

Apart from the ethical issue, why should clocking matter? It not only costs unsuspecting buyers thousands of pounds extra on their cars but also puts consumers potentially at risk. Most modern cars rely on mileage to give an indication via the Central Processing Unit (CPU) of what to service and when parts need changing such as your brakes. It doesn’t take Einstein to recognise the safety implications.

The problem, FIA researchers have found, is that it’s nigh on impossible to detect mileage fraud. Odometer tampering devices leave no trace with any changes by computer systems making it invisible to the naked eye.

In sum, a solution is urgently needed, the first step being to raise awareness amongst consumers and dealers alike. It’s something that affects us all. Clocking brings unjustified suspicion on honest traders and financially hurts consumers who, for some, buying a car is the second biggest purchase after property.