Guest opinion: How the right dealership focus can save you from the worst of post-Brexit uncertainty 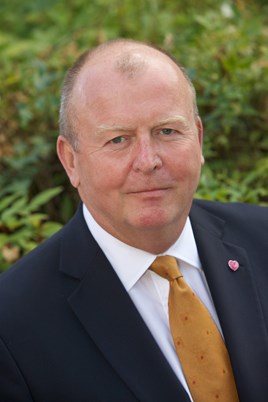 As the dust settles on the country’s vote to withdraw from the EU, attention has quickly turned to the possible implications of the decision for an industry that delivers some 800,000 UK jobs.

Brexit has created uncertainty across all sectors of the economy and the automotive industry is no exception, with claims that the UK’s exit from the European Union will prompt a steeper decline in new car and LCV registrations to 2018.

One forecast suggests that the registration of cars and LCVs are to fall by 9.1% year-on-year to 2.758 million, rather than the 3.5% year-on-year decline originally predicted.

According to the Society of Motor Manufacturers and Traders, the automotive industry accounts for more than £69.5 billion in turnover and £15.5bn of value added to the UK economy each year.

It directly employs some 160,000 people in manufacturing and a further 799,000 across the wider sector.

In terms of the implications for the automotive industry, particularly main dealers, there’s concern that the depreciation of the GB pound versus other currencies will have a negative impact on imported vehicles.

And it seems Fletcher isn’t alone in his views; the director of valuations at Glass’s Guide said he expects “to see consumer confidence tail off until the view of the way forward becomes clearer”.

Similarly, Paul Hollick (chair of the Institute of Car Fleet Managers) expressed his worry that “the prolonged period of political upheaval and economic turmoil ahead will mean that businesses go into suspended animation”.

Brexit is bound to bring uncertainty and disruption but it’s how we react as an industry that matters. Instead of focusing on the negatives and ‘what ifs’, it’s important that dealers try to adopt a more positive mind set and concentrate on what can be done in the immediate future to strengthen business performance.

The RAC said there's little evidence to suggest that a decision to leave the EU would make buying a car more expensive.

The UK is one of Europe's largest car markets, so it is widely expected that manufacturers will be keen to stay competitive.

Clearly, there is widespread concern that consumers will now be less inclined to purchase new vehicles.

However, sales teams can offer some reassurance to motorists by conveying that buying a new car in the current climate could actually deliver more in terms of security and financial value.

Despite new cars being the more cost-effective option in the long run, some motorists will still express a preference for used vehicles. As with all sales, it’s vital that a team’s customer service skills are up to scratch, particularly when it comes to delivering on key parts of the sales process such as test drives and appraisals. According to recent research carried out by BTC, just 65% of lost customers had been offered a test drive and only 29% of those had driven a potential purchase as a result. At the end of the day, bums on seats sell cars so make sure test drives are given particular focus.

As post-Brexit Britain may be making consumers nervous about spending, it’s likely that purchasing a used vehicle will hinge on the amount of money yielded from a trade-in.

The best way of giving a true (and transparent) evaluation is by taking the customer outside and conducting a thorough appraisal with them present.

Aftersales is more important than ever

It is important to remember that the typical service department contributes up 50% of a dealership’s overall profits, and it’s therefore vital that aftersales activity doesn’t become overlooked. When faced with the worry of a potential recession, motorists are more likely to ‘shop around’ for a cheaper alternative when it comes to repairs and servicing; and this usually means a loss of business to fast-fits and independents.

Now is the perfect time for dealerships to consider working in partnership with companies that can offer interest free financial solutions for repairs and servicing. With help from organisations such as Auto Service Finance, customers are given an easier way of meeting costs so, when work is required, payments can be spread over a more manageable time frame.

Instalment financing plans are advantageous for both parties as they enable dealerships to sell a larger proportion of red and amber work (repairs which previously may have been unaffordable for the customer) during the electronic vehicle health check process. Offering flexibility is key to ensuring greater customer loyalty too, so in a time of economic uncertainty financing could offer an extra business boost for dealers.

AM Poll
Has technology taken jobs out of your dealership? Please leave a comment
Vote
View all
201