Guest opinion: has PCP forced the evolution of the UK motor industry? 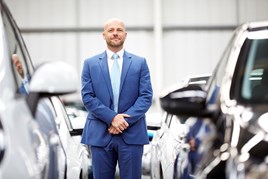 There can be no disputing the fact that personal contract purchase (PCP) deals have forced a shift in the UK motor industry.

But while car manufacturers have certainly benefited, used car dealers are left to deal with the knock-on effect. What has been the consequential impact on the industry as a whole, and how will auction houses fare? Matt Dale, director of G3 Remarketing, shares his thoughts…

When the American PCP model was first introduced to the UK market, the majority of people who worked within the motor industry believed it would never work.

British people have traditionally been renowned for taking pride in owning their assets outright.

Furthermore, unless the consumer decides to pay the guaranteed future value, then they simply have to hand the vehicle back at the end of their agreement – something that most people thought would seem an unattractive deal to a customer.

But such hostility towards PCP agreements now seems irrational because, years on, they have reinvigorated the new car market.

In fact, record numbers of new cars were retailed in 2015 (theguardian.com) – 60% of which were as a result of PCP agreements (bbc.co.uk).

But they’ve also led to increased sales in the used car market, due to the sheer amount of quality vehicles that are put back into the market (fla.org.uk).

With a PCP agreement, the ‘affordability’ of a brand new – and otherwise very expensive – car, means drivers young and old now have access to what may be their dream vehicle, for only a few hundred pounds per month.

Gone are the days of inflated, unattainable loans, or paying for vehicles outright, in favour of incredibly low cost finance deals.

More than 80% of Mercedes’ sales reportedly now take place via PCP and the emergence of a seemingly habitual two-three year buying cycle keeps demand for such new cars strong.

However, the robustness of this market has presented challenges elsewhere.

New car manufacturers, particularly premium brands, such as BMW and Mercedes, as well as Ford, which fares well because of the Fiesta, have enjoyed an increase in new car registrations for the past five years. Conversely, the used car market has experienced an undesirable knock-on effect.

Whilst the availability of attractive PCP deals has led to an influx of quality used cars into the market, it has also initiated squeezed margins for dealers.

Now, when a consumer approaches a used car forecourt, they’re wise to the availability of these affordable PCP agreements, and therefore expect to pay less for a used vehicle.

In the face of these diminishing margins, many dealers have struggled to absorb their forecourt stock levels, at the same time as supporting manufacturers with their new car registrations. Auctions have therefore been viewed as an appealing and cost-effective route to market, which is great for a brand like ours.

Yet I fear that the evolution of the remarketing sector could present further challenges for dealers moving forward.

Independent auctions are becoming few and far between.

Three years ago British Car Auctions acquired We Buy Any Car, a move that was quickly followed by Manheim’s purchase of We Want Any Car.

As a result, prime selling slots are increasingly being allocated to the auction houses’ own stock, because they’re striving to maximise the return from the cars they themselves need to sell. But this is to the detriment of other vendors and entirely at odds with what an auction should be – an independent remarketer.

Where does this leave the dealers?

Thankfully there are still options in what is a constantly changing industry and not every auction has such a biased standpoint. But organisations within every aspect of the motor trade need to ‘think savvy’ and remain fluid to thrive – and not just because of the PCP revolution.