Guest opinion: Reasons to be optimistic 10 weeks after Brexit vote 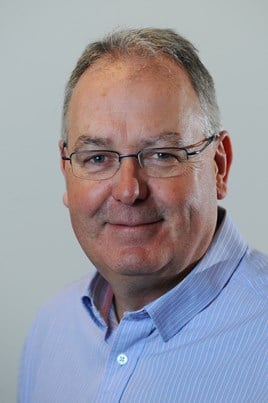 The immediate post-Brexit economic concern has started to give way and consumer confidence is on an upward trajectory as consumers adopt a spend rather than save approach in light of falling savings rates.

Dealers need to switch on to this positive sentiment.

Consumer confidence is a vital component to car sales and the initial reaction to the Brexit vote was that this all-important commodity was dented.

Market research firm GfK’s latest survey in August saw its consumer confidence gauge recovering to -7 in August, up from -12 in July.

It also indicated a sharp drop in people's propensity to save, with very low saving rates seeing more people opting to spend.

The improvement was in keeping with other recent data suggesting consumers have remained resilient after the June 23 referendum.

A YouGov survey noted that consumer confidence recorded its highest monthly bounce in August since February 2013; while official data revealed that retail sales increased by 1.4% in July from the previous month.

All of this is encouraging news to-date.

The post EU referendum UK economic landscape saw a range of contrary data and with the credit crunch and ensuing recession still fresh in the memory, business and consumer confidence inevitably suffered.

Subsequently, words and action have started to re-build perceptions.

Ten weeks on and the wheels are slowly turning to establish what this unprecedented decision means not just for the UK, but for the global economy in light of the UK’s status as the world fifth largest economy.

The immediate ‘after-shock’ from the Brexit decision that saw a fall in sterling’s value, an immediate fall in equity values and the UK’s loss of its AAA credit rating, has now had time to bed in and for a more considered view to emerge.

Both are well down on pre-Brexit prices, but these rates have been steady throughout August.

Share prices have recovered, with the FTSE 100 and FTSE 250 both trading higher than before the referendum and there have been no signs of an economic and financial collapse yet.

These encouraging signals, which are largely based upon sentiment are supported by positive affirmative activity:

·      The Bank of England reduction in interest rates to a new record low of 0.25% and launch of a series of initiatives to stimulate the economy, with a further cut penciled in for December

·      Exports achieved a two year high in August according to the CBI, benefitting from the lower value of the pound

·      London City Airport’s announced a decision to invest £344m in its expansion.

We are not out of the woods from the risk of a technical recession.

Inflation will come under pressure from rising import costs and the uncertainty surrounding the next steps in Brexit will create a level of fragility.

However, the UK consumer has brushed themselves down and seems ready to spend.

Certainly, derisory saving rates are doing their bit to encourage spending and the concern about inflation may accelerate major purchasing decisions. Right now, dealers should be looking ahead with considered confidence and promoting the affordability of their wares.