Guest opinion: are we seeing the death of diesel? 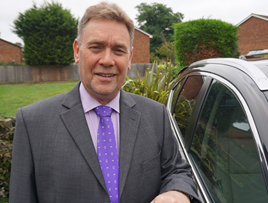 Rewind to November 2014 and the French Government announcement that they would "progressively ban diesel vehicles starting in 2015".

Then come up to date to reports in September 2016 that Renault will withdraw the supply of diesel engines in some of their mainstream vehicles due to the excessive cost of manufacturing them, and many may start to wonder what has happened in the world of the fantastically low CO2 producing diesel engine.

For the French government, where in the domestic market diesel has for many years had over 70% share of the car market, to make such a statement, and then for Renault to follow up with their news, illustrates the dilemma the motor industry currently finds itself in.

Whilst most of the world focused on greenhouse gasses and emission levels, the diesel engine was promoted almost as a saviour, with CO2 levels far below those of petrol engine cars.

Together with the use of turbo and super chargers boosting horsepower and driveability, the markets (and most notably the company car drivers) flocked to diesel as governments delivered tax and fuel price savings to promote this environmentally friendly fuel.

The reality, of course, was that the huge downside of diesel, the nitrogen oxide (NOx) particle emissions were, at first, ignored, with all the emphasis on CO2.

By the time the environmentalists began to focus on NOx, Europe was awash with diesel cars and the industry had invested heavily in diesel engine production, meaning they couldn’t afford, in the medium term, to u-turn away from diesel.

So what is so bad about NOx?

They contribute to acid deposition and eutrophication that, in turn, can lead to potential changes occurring in soil and water quality.

They also are associated with adverse effects on human health, as at high concentrations they can cause inflammation of the airways. (Source: European Environment Agency).

As a result of this and the publicity surrounding the levels of NOx being generated from diesel vehicles, European regulations have been consistently strengthened, to force the industry into developing methods of reducing NOx at the vehicles tail pipe.

And the industry’s biggest problem?

NOx is a natural by product from the chemical reaction of diesel engine combustion. Hhowever efficient you make the combustion process, you cannot stop the formation of NOx.

This has led to more and more cost, both in R&D and then engine production to deliver as clean a solution as possible, mainly aimed at governments emission tests, which, as with the official tests for miles per gallon (or litres per 100km), have a standard method of calculating the emissions from the tail pipe

Of course, the VW emission cheats scandal is well known now, where VW could not deliver the results at the tail pipe that they needed, and so fitted the cars with software which detected when they were in test conditions and altered the running of the engine to deliver the necessary results.

Because they were in test conditions, no one spotted that the alterations to the engine’s running would make it undriveable in real life conditions.

Most manufacturers of diesel engines now fit diesel particle filters (DPF) to their engines, which filter (capture) the NOx in driving conditions around town or on short journeys, particularly as these journeys are the least efficient for combustion engines.

This allows the engines to meet current and immediate future NOx regulations.

For manufacturers, however, the technology involved in producing efficient diesel engines with additional technological features to meet environmental regulations is high, meaning that the additional cost over a petrol engine leads them requiring higher premium prices to be collected for diesel vehicles.

This increasing premium is why Renault is talking about reducing the number of vehicles it offers with diesel engines (it already does not offer a diesel in its low price Twingo and is expected to pull diesel engines from its Clio and Megane ranges in the near future).

With the level of competition in European car markets to meet the price levels that generate volume through affordability, means that at the lower end of the market there is not enough profitability to allow for the additional costs of diesel engine production, so expect more manufacturers to follow Renault’s lead.

So if diesel is dying, as a result of high costs to meet regulations and an increasing body of the population beginning to realise their harmful nature, where next?

Electric vehicles (EV) will probably be the future (with some competition from hydrogen power), but both EV and hydrogen solutions for real world driving are very expensive at the moment, and until the demand from the business and fleet world helps to deliver demand and production levels to reduce purchase prices, then for the consumer they, generally, remain non-viable today.

And of course, how the electricity is produced, and the environmental effect of that production, are an all other topic.

The cost of hybrid solutions are even more expensive than diesel currently, so this will restrict their viability for manufacturers, and in the real world, to deliver the required performance levels from most hybrids, the petrol engines are worked hard to deliver acceleration and driveable speeds, which means in real life they deliver emission levels and fuel consumption similar to standard petrol models, so fuel consumption benefits to pay off the initial high cost of hybrids don’t, necessarily, deliver.

There are also issues with consumers taking issue over their fuel consumption levels not meeting (or even being in the same ball park) as the advertised numbers.

The current direction on petrol engines is to deliver smaller engines with turbo chargers to deliver additional horse power and torque to make the vehicles driveable for the consumer.

So in the medium term, probably until the prices and mileage ranges of electric cars improve, it is probably best to purchase a petrol vehicle.

My advice would be to research the many sites which these days provide you with ‘real world’ fuel consumption comparisons against the government figures, and go for one of the better performers.

After that, of course, as has been the case for many years, look for a model and brand with the best residuals and JD Power rating.

The above was originally posted as a blog at Harris Automotive Consultancy.