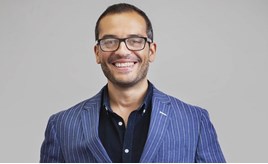 According to the Finance and Leasing Association (FLA), in the twelve months to August 2016 2.2 million new and used cars were bought on finance by consumers through dealerships.

These financial agreements represent a substantial risk for the providers of finance to the automotive industry.

As various financial scandals have demonstrated, manual, paper-based agreements can be easily disclaimed.

In one 2014 study, not only did 84% of Britons admit to not reading the small print before signing a contract but 52% said they didn’t understand the meaning of a ‘loan’, despite taking one out.

Also, Shogun Finance vs Hudson, 2003, established the precedent that if a lender was unable to establish the identity of the borrower, they are at risk of a court deeming the contract not to exist.

Compliance of the sales process becomes virtually impossible to track. Identity evidence can be faked and records can be variable in quality. As a result, the agreements can prove difficult to easily enforce (as the UK saw in the CPP and PPI mis-selling scandals).

Businesses, especially those which make regular use of financial agreements like those in the automotive industry, must protect themselves against challenges from the regulator and possible disputes while streamlining the process for both dealers and customers.

The rise of digital agreements

As multiple financial institutions around the world have found to their cost, legality alone does not guarantee the enforceability of an electronically-signed agreement.

•         Is any of your e-sign evidence (including the customer ID) internally gathered, stored or reproduced?

•         Is there any part of your evidence which is not protected with a digital signature?

•         Are you unable to reproduce the actual web pages customer saw?

•         Are you unable to replay the actions the customer undertook?

•         Is the customer copy of the contract different in any way to what they e-sign online and/or what you keep?

•         Would you need to rely upon IT to find or explain any of your evidence if it was challenged?

If the answer to any of these questions is ‘Yes’, you may be exposing yourself to unnecessary risk.

Getting an anti-money laundering (AML) check and a tick in a box isn’t enough. The extent to which an e-signed financial agreement will be practically enforceable depends on four main proof points, all of which combine to make a robust agreement:

1. Proving the identity of a customer

•         Evidence that the signatory exists and is an appropriate person with whom to be doing business (e.g. AML, bank account checks, documentary checks)

•         Evidence that it is actually the signatory who is in control of the device and is signing the document (e.g. knowledge-based authentication during the signing process).

2. Proving what a customer saw

Evidence which can reliably prove what the customer was looking at when signing. You need to be able to prove that the terms of the contract were presented and reviewed prior completion.

3 . Proving what the customer did

4. Proving none of your electronic evidence could have changed

Creation of a single evidential data package containing all relevant evidence and which has been digitally signed at a binary level (i.e. any changes are tracked so 100% of the data is rendered tamper-proof) prior to being processed by any party to the agreement. This ensures that financial institutions can prove which transaction the evidential data pertains to and the integrity of such data.

As seen from the FLA, the motor finance industry in the UK advanced £30 billion to customers in the year up to August 2016 (double the lending in 2012).

Automating the agreement process can drive considerable value with increased sales and lowered costs. The auto-finance industry, however, faces a choice in the process: increase risk or reduce risk? With the right approach, lenders can have their cake and eat it.