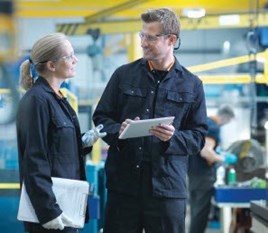 The employment of staff and the related staff costs are one of the largest expenses in a motor dealership and therefore the new Gender Pay Reporting rules should be high on dealer groups’ agendas at present.

The gender pay reporting rules came into force on April 6, 2017 and requires all employers based in the UK with 250 or more employees (at a company or entity level) to publicly report a range of gender pay information and six gender pay ratios by April 4, 2018.

From information gathered in the compilation of the BDO Motor 150 report which was issued in November 2017 within this 150 population we note that this reporting will affect 106 of the groups in this report. We therefore see this reporting having a significant impact on the Motor 150 group.

It is important to note that gender pay reporting is not about equal pay for equal work. It’s a global issue about the progression of women (i.e. that there are more men in senior roles and more women in junior roles).

In an industry dominated by men it will be interesting to see the results in the reporting and how the industry fares against other industries in the UK.

There are many reasons for gender pay gaps. The principal reasons can be described as the ‘motherhood penalty’ and are linked to taking maternity leave, career breaks, childcare and part-time work.

Who does gender pay reporting apply to?

All companies who have 250+ employees are obliged to report their gender pay figures by April 4, 2018.

The 250 employee test is per employing company or entity. It is not assessed on a group-wide basis. For groups of companies, it will be necessary to look at each group member individually to determine whether that entity has a reporting obligation.

When do you have to report by?

Groups covered by gender pay reporting legislation must analyse their data by reference to a “snapshot date” of 5 April each year and then report within twelve months of the snapshot date. The first snapshot date is 5 April 2017, with a reporting deadline of 4 April 2018.

As of late November 2017 less than 300 employers, out of the estimated 9,000, had submitted gender pay reports.

BDO has a portal which acts as a project management tool and secure means to share sensitive data.

Even if you have prepared the calculations in-house, we’d be happy to check and confirm that your calculations have been prepared in accordance with the legislation and assist with any narrative which accompanies the applicable ratios.

> READ MORE How gender pay could affect your business