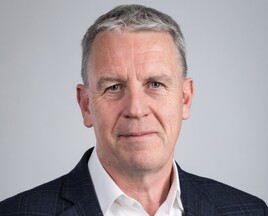 His comments were penned prior to today's (June 14) news that the UK Government has axed its plug-in car grant electric vehicle buying incentive to focus its funding on infrastructuire improvements.

As the automotive industry prepares to come together to celebrate Clean Air Day (June 16) and raise awareness of our collective ambition to reduce carbon emissions, I want to use this month’s column to talk about the next phase of the EV revolution.

But, like many people, I’m thrilled by the huge strides manufacturers have made to make these cars more accessible to the mainstream and it’s clear that electric cars are now the future of sustainable travel.

The Volkswagen Group alone is continuing its successful electric offensive, with the Cupra Born and ID Buzz sparking lots of interest as well as seeing sustained demand for the ID range, the Audi e-tron, Škoda Enyaq and Porsche Taycan.

However, to ensure the popularity of electric cars continues to surge, it’s imperative that our public charging network becomes more accessible.

By this I mean that our public chargepoints are easily compatible with a uniform contactless payment method, are reliable and deliver the advertised power (particularly relevant for ultra-rapid chargers), and are evenly spread in sufficient numbers across the UK.

This issue was brought to the fore by recent industry research, which showed that 60% of EV drivers have a public charging subscription – with 71% of those having between 2 to 5 separate subscriptions.

In tandem with this, we found that 3 in 10 people* (who don’t currently drive an electric vehicle) have reservations about making the switch because they feel there aren’t enough charging points in the area they live or work.

So, the industry has a job to do to bridge the gap between the rocketing levels of demand for electric vehicles and improving the public charging infrastructure to maintain consumer confidence.

If we can crack that, I truly believe we will see mainstream adoption of electric vehicles sooner than we think. But how do we get there? How do we successfully navigate the next phase of the EV revolution?

Well, as things stand, the public charging network is quite fragmented and there are many different providers, making it very difficult for drivers to subscribe to every single one.

The providers also have different requirements. Sometimes drivers can pay by card, other times they need to set up an account or have a special app. It has created a confusion of charges.

This can be frustrating for drivers and not only is this difficult to administrate, but it isn’t easy for drivers to navigate multiple apps, accounts and passwords. For example, a petrol car driver may have a single card that can be used at most filling stations, whereas an electric car driver could have ten or more different apps on their phone for different charging point providers.

Knitting together the network, in my view, is one of the most effective ways of reducing charging anxiety.

In theory this prevents the need to open different accounts and should make life easier for both drivers and fleet managers because they’ll only need one account to access and pay for charging.

Perhaps most importantly of all, this would give drivers the confidence that they will be able to access charging points throughout the country – and even across Europe – without requiring a multitude of apps on their phones.

Crucially, this also speaks to a younger generation of tech-savvy drivers and, as I’ve written about in previous columns, we know that the success of the green transition hinges on the buy-in from Gen Z and Millennial drivers.

For example, just this month, the data insights team at Volkswagen Financial Services UK revealed that 66% of 18-24 year olds believe mainstream adoption of electric cars will benefit the environment* – a higher proportion than any other age group.

It’s really important that zero carbon emitting vehicles dominate the next generation of transport and clearly electric cars are central to this being a success.

I firmly believe that by improving the accessibility of the public charging network, our industry can overcome the charging anxiety issue and help to improve the uptake of electric vehicles. And once we’ve done that, the EV revolution has overcome another hurdle on its journey towards mainstream adoption.