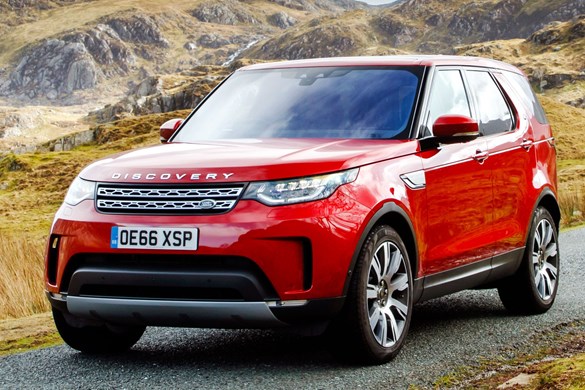 At the launch of the new Discovery, Land Rover introduced polar explorer Ben Saunders to the assembled press in an attempt to extol the virtues of its most versatile model.

Saunders, a global ambassador for the brand, had driven his outgoing Discovery 4 from the south of England to a near-inaccessible cabin on the Isle of Skye and back to central London in time for a black-tie dinner.

A string of youthful, adrenaline-fuelled owners also had their antics across the globe showcased in a short film selling the lifestyle offered by various generations of Discovery.

How many of those people will embrace a new model that was, almost without exception, specced up to well over £70,000 on the night, remains to be seen.

Land Rover said pricing had been informed by customer preferences for the Discovery 4, but wouldn’t say how much the average outgoing model had sold for in 2016. It said Discovery Sport customers had opted for more expensive derivatives, 75% of sales being HSE (from £35,955) or HSE Luxury (£41,665).

Three engines are available – fitted with an eight-speed automatic transmission – with a petrol back in the line-up in the form of the Si6 supercharged V6.

That a utilitarian feel has given way to luxury is indisputable – there is no commercial version planned – but the Discovery continues to be a vehicle that can take a driver and six passengers almost anywhere.

A deep rear section accommodates a third row of seats fit for two six-foot-tall adults. Owners can specify heated seats throughout, with five Isofix-equipped seats on SE trim and above.

HSE Luxury models with rear-screen entertainment also benefit from nine USB ports and eight devices can be hooked up to a Wi-Fi hotspot on certain models.

Standard on all trims are cruise control, DAB radio as part of JLR’s eight-inch InControl Touch infotainment system, along with a heated windscreen and a powered tailgate featuring a powered fold-down flap to mimic the two-part boot of the outgoing model.

Optional extras are plentiful. All Terrain Progress Control – part of the £1,100 Capability Plus Pack – will set a crawling speed for off-road applications, there’s also Park Assist (£935), a head-up display (£1,035) and adaptive cruise control with queue assist (£1,475).

Most impressive, however, was Advanced Tow Assist (£365). This transforms the dial that controls Terrain Response into a steering wheel, with which the driver can guide the Discovery into a space using graphics on the reverse camera screen.

A series of options packs contribute most to the launch cars’ prices, with the top ‘Dynamic Design’ option costing up to £5,035.

However, Land Rover’s core creation is something that sets new standards for off-road capability in this class.

Hydraulic suspension can increase the ride height by 40mm (at speeds up to 50mph) or 75mm (below 31mph) to liberate 283mm of ground clearance (up 43mm) and a 900mm maximum wading depth (up 200mm). The system cuts drag by reducing the ride height by 13mm above 65mph and will lower it 50mm to aid access when parked.

AM’s test drive revealed that the Discovery is the least dynamic of JLR’s current range, a degree of roll and sense of scale apparent on twisting roads.

On the challenging tracks at Eastnor, however, it made effortless progress.

Maybe it will not be the all-terrain tool of everyman in its latest guise – more black tie than black run, perhaps. But JLR’s latest creation is none the less an impressive addition to a very strong premium product line-up. 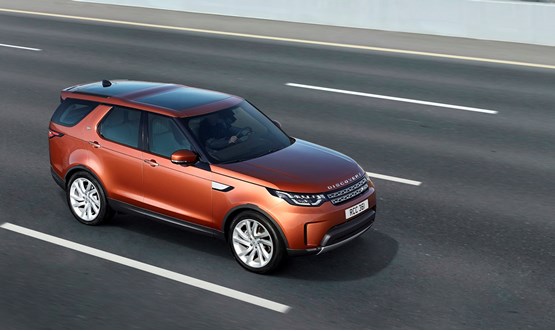 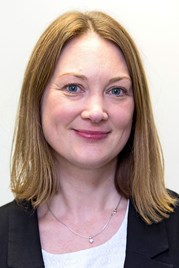 What are likely to be the most popular derivatives for Discovery customers?

The two-litre diesel will account for about 65% of the mix and the bulk of the rest will be three-litre diesel. The two-litre engine is all the engine most people will need. We do have a petrol option in the Discovery line-up again, but don’t expect it to make up a large part of the product mix.

As far as specifications go, we have seen a very rich mix indeed with Discovery 4, so we expect the majority of sales to be HSE and HSE Luxury.

We do expect the Style packs to be popular with initial orders as people are keen to differentiate their vehicles more and more. That’s a factory-fit option.

What preparation have dealers had in the sales of Discovery?

All the dealers have completed their training. They came to Eastnor to see first-hand just how capable it was back in January.

All customers will get the chance to come and do the same as part of a one-day experience package and, I think, from the reaction of the dealers and the press so far, it is something that they should take advantage of.

What are the new Discovery’s key selling points?

We wanted it to be all the Discovery 4 was and more. I think we have succeeded.

It is all about seven seats, with each seat feeling like the best seat in the house. All seven seats are heated, they all have access to USB ports and the new model has intelligent seat folding, which the 4 didn’t have. The development was geared towards making an extremely capable car that could meet the demands of the modern family and that’s what we have.

If you were speccing a Discovery, what would you select on the configurator?

I would have a HSE with Dynamic Pack in the interior and on the exterior I’m ashamed to say I’d have 22-inch wheels with Silicon Silver paintwork. I’d probably plump for the V6 engine. I did have a Discovery Four, but I am currently driving an XE while I wait for my new Discovery.

Is there a sense that Land Rover’s abundant SUVs in similar price bands are creating overlap?

I don’t think so. Obviously the Jaguar F-Pace, for example, does not have the off-road ability of the Discovery and, of course, it doesn’t have seven seats. They also drive very differently. I think the brands and models offer very defined and distinct characteristics. We certainly don’t look at F-Pace as a rival.