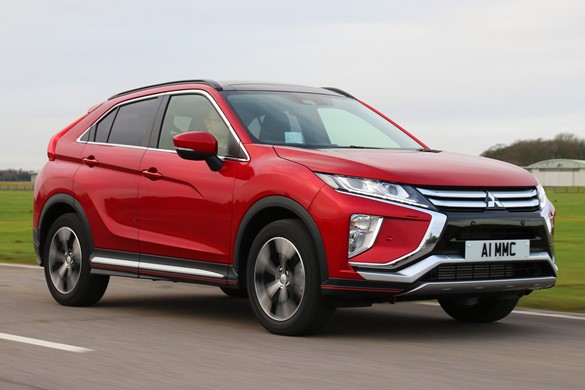 Slotting neatly between the ASX and Outlander, the new Mitsubishi Eclipse Cross is the brand’s first model in the all-important crossover segment.

Mitsubishi joined the Renault-Nissan alliance last year and the Eclipse Cross  will take on adoptive siblings in the form of the Renault Kadjar and Nissan Qashqai.

Mitsubishi expects the car’s sharp styling and low price to attract new customers, but sales aspirations for its first year are modest, at 6,500 units. By comparison, the class-leading Qashqai sold 3,800 units in January alone.

Retail buyers are expected to make up about 65% of sales.

The Eclipse Cross comes in three grades, which are all well equipped, and with a single 1.5-litre turbocharged petrol engine.

Mitsubishi has instilled its off-road heritage in the Eclipse Cross with all-wheel-drive available as an option.

Given the current demand for more efficient two-wheel-drive SUVs, Mitsubishi is wise to also give customers this option.

Prices start at £21,275 for the Eclipse Cross ‘2’ with a six-speed manual gearbox and front-wheel-drive. It comes with autonomous emergency braking and lane departure warning as standard, alongside a rear-view camera, privacy glass and climate control.

A limited-edition run of 250 ‘First Edition’ models is also available. Based on the ‘4’, they add Premium Red Diamond paint, personalised mats and body-styling upgrades.

All models have a seven-inch touchscreen infotainment system, which features Apple CarPlay and Android Auto. There is no navigation system available from the factory, so drivers will need to connect their smartphone in order to use their chosen sat-nav app.

The interior contains more soft-touch plastics than previous Mitsubishis, demonstrating a conscious effort by the manufacturer to move away from the agricultural feel of earlier models.

The cabin is well laid out, with the infotainment system mounted at the top of the dashboard. It can be controlled using a touchscreen or a trackpad mounted by the gear lever. The system isn’t as intuitive as we’d have hoped and is likely to take buyers some time to get used to.

Also, for older customers who are less ‘smartphone-savvy’, the lack of an in-built navigation system could be a turn-off.

Given the car’s styling and market position, it is clear that Mitsubishi is chasing a younger audience with the Eclipse Cross and this is reflected in its safety and practicality. The inclusion of active safety systems has contributed to a maximum five-star NCAP safety rating – with a 97% adult protection score.

The 163PS engine (auto) will accelerate the car to 60mph in a reasonable 9.3 seconds. The manual car is slightly slower, taking 10.3 seconds.

The car can only promise fuel efficiency of 42.8mpg on the combined cycle – which for higher mileage drivers will come at significant cost.

CO2 emissions are also an issue, at 151g/km for the most frugal model. This means the new crossover attracts a higher rate  of VED than many of its rivals, costing £500 in the first year.

Mitsubishi, which has had great success with its Outlander PHEV, said a low-emission plug-in hybrid version of the Eclipse Cross is expected to be introduced later in the model’s life. A 2.2-litre diesel version will also make an appearance next year.

Performance from the 1.5-litre unit is good and the engine provides a fair amount of torque at lower RPMs, meaning regular downshifts are not required to keep pace on hilly roads.

Body roll is well controlled too, yet the ride isn’t overly firm. It certainly handles better than some of its SUV rivals, but the car is most at home on the motorway where the engine is inaudible and the Eclipse Cross makes steady progress.

The Eclipse Cross is a spacious and attractive SUV with great practicality and fine handling. It offers unrivalled levels of equipment as standard and, unlike many crossovers, has a robust feel, which provides confidence that it will work just as well if you venture off the beaten track. 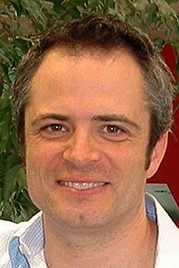 How important is the Eclipse Cross for Mitsubishi?

It’s the first in a new generation of Mitsubishi cars and represents a new direction for our brand.

Demand for petrol SUVs is increasing and we feel the Eclipse Cross is the right product at the right time. Crucially, it gives us a chance to compete in the fastest-growing segment – compact SUV – that will help us meet our aspiration of selling 32,000 cars next year.

With the new Shogun Sport coming later this year, we will have the whole SUV market covered and that is where we want to be.

What have you done to promote the new model ahead of it arriving in dealerships?

We’ve been promoting the car since September and we have made a significant investment in TV advertising. We’ve had a lot of success with our bumpers and idents on Channel 4, with the Outlander, so we will be continuing with that. It is important to us to be on TV every night.

Are there any upsell opportunities or offers to help dealers sell the car?

Our trim levels are pretty straightforward and that supports our stock holding model, so the cars don’t have much configuration other than transmission, spec and colour.

There is a broad range of dealer-fit accessories though, so buyers can customise their car with various styling and lifestyle accessories.

We have already got three months’ stock at our Bristol import centre too, so lead times are very short – about 10 days from point of sale.

In terms of finance, we have PCP deals available across the range, starting from £185 per month with a £5,000 deposit. Mitsubishi is also offering a £750 deposit contribution.

How has the online sales initiative affected dealers?

The Buy Online service wasn’t created to cut dealers out, it works with dealers.

When a customer goes online to book a test drive, the customer decides which dealer they want to use – usually based on location.

Will there be further network expansion to support your growth ambitions?

Yes. We do want to continue expanding the network, there are a few areas where we don’t have as much coverage as we would like and we will need a larger network than we have now.