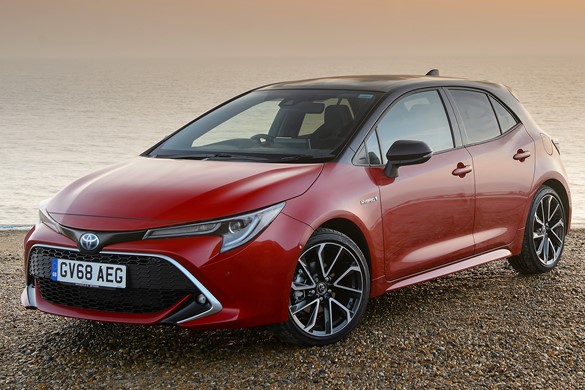 Toyota has revived the Corolla name for its latest hatchback, after a 12-year hiatus.

First introduced in 1966,  Corolla rapidly became a byword for reliability, but also blandness. In 2007, the brand switched to Auris to attract a new audience for its new C-segment hatch, which was based on a new, Europe-only platform.

The latest model will be sold worldwide and Toyota wants to reflect that by returning to Corolla, in the belief that its heritage will outweigh any negative connotations.

The new car is a significant improvement over the outgoing Auris. It is offered in hatchback, estate and saloon body styles, with a choice of petrol and hybrid engines.

The Corolla’s stylish exterior houses a neatly designed cockpit, which is a refreshing departure from the dated and often messy interiors of old Toyotas. Gone are the crude LED clocks and ‘old-person-friendly’ switchgear, to be replaced by a modern concise dash with touchscreen technology.

There’s a noticeable step up in quality and driveability, making the Corolla a true contender in the C-segment.

Three engines are offered – a 1.2-litre turbo petrol powers the entry-level car, while two self-charging hybrids are available – a first in the segment.

The 1.8-litre 122PS hybrid has the lowest CO2 emissions in the range, at 76g/km, making it a key model for business users.

As a retail proposition, the Corolla is an easy sell. It packages great refinement and build quality with agile handling and class-leading running costs.

It comes at a price, though. The cheapest hybrid is £2,000 more than an equivalent Ford Focus, and the more powerful version starts at almost £28,000.

All versions of the Corolla are well equipped. The entry-level Icon features heated seats, LED headlights and a reversing camera.

You have to opt for a Design grade before you can spec the more potent 2.0-litre engine. It comes with rain-sensing wipers, folding door mirrors and rear privacy glass.

The infotainment system uses an eight-inch touchscreen, which unfortunately is the car’s biggest weakness.

It has dated graphics and a complex menu system that is difficult to use on the move. There is also no Apple Carplay or Android Auto. The digital experience is also affected by the instrument cluster, which uses analogue dials and a seven-inch display. The layout is not as crisp as the fully digital cockpits offered in rival cars.

Fuel consumption, tested under WLTP, is rated at 55-65mpg for the 1.8 and 50-60mpg for the 2.0. This is much higher than you can expect from similarly powered conventional petrol cars. During our test, we managed to average about 60mpg on a gentle cruise in the lower-powered car.

Toyota says the electric motor powers the car for about half of a typical journey, despite only having a very limited battery range.

As more buyers are concerned about running a conventional petrol or diesel car, but the cost and availability of electric cars remains a restriction, the Corolla is a product that offers all the benefits of a conventional rival, but with lower running costs and little compromise on drivability. 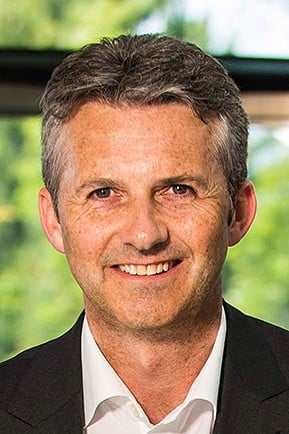 What is the expected sales mix for the new Corolla?

We expect 90% of new Corollas will be sold with one of the hybrid engines. Battery electric, hybrid and plug-in sales were 114,000 last year in the UK. That was up 21% year-on-year.

But, battery electric was only 16,000 units. Most of the growth was in hybrid. It’s clearly a market that has developed.

The 2.0-litre gives us an opportunity to compete in the higher-power segment of the market.

Most customers will go for Icon Tech or Excel. The entry-level Icon car will account for 5% of sales.

What percentage of sales will the saloon account for?

We don’t expect the volumes to be huge, it could account for about 5% of sales. The hatch will be the most popular, taking a 60% share and the Touring Sports 35%.

We did look at the market for a while to understand how big the market for the saloon will be. We did well with Avensis and when we discontinued it, we were still selling up to about 4,000 per year. We wanted to offer those customers a replacement.

It’s also the first time a hybrid will be offered to those customers.

What will attract buyers to the Corolla over one of its rivals?

The car has a very strong residual value. That’s one of the things we have done so well. Because hybrids are in strong demand at the moment, the Corolla residual value average, compared with those of its competitors’, is much stronger.

It allows us to offer competitive monthly payments. 94% of private sales are on PCP. The customer can pay less than £20 extra per month to go from a base model to an Excel. In terms of the model line-up, as we move from Corolla to C-HR to Rav4 there is a similar price walk.

When will Apple Carplay and Android auto be available?

We have it on Aygo at the moment. It is something we are looking at introducing a solution for this year.

How have dealers responded to the name change?

It was a relatively late change in terms of understanding the opportunity we have. Dealers were delighted that we wanted to bring back the name. It’s a car that is based on a global platform and it should be called the same across the world.

It’s a name I think people associated with lots of qualities. The feedback so far has been very positive.