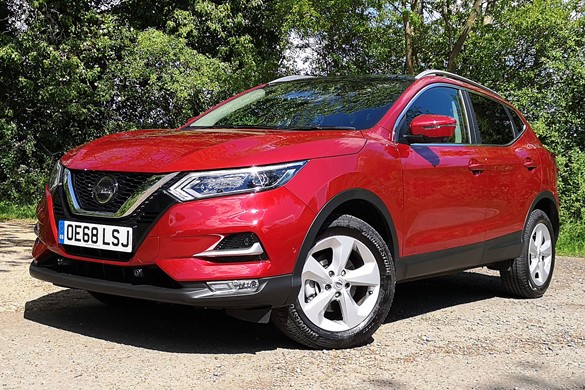 Revisiting my August review of the Nissan Qashqai and the 2015 quote I retrieved from my first review of the Qashqai (acknowledging its reinvention as a producer of funky cars), I asked an industry consultant and manufacturer commentator for his view.

This is what he had to say: “The Qashqai has been a phenomenon for Nissan, but the strain of supporting the whole brand is starting to show. “The first-generation model was such a success that it was inevitable that the second-generation Qashqai would be an intelligent, but careful, updating of the formula. Now that the mark two model is six years old (and the basic silhouette is 13 years old), newer models are snapping at its heels.

He compared Nissan and VW’s performance in the segment.

“Nissan’s problem is that, with the Qashqai, people are buying a model rather than a brand,” the consultant said.

“With a 3 Series, or even a Golf, sales remain very steady as the model ages, because people are buying into that brand – the generation of the specific car is less important.

“With the Qashqai, the model has to survive on its own merits, so it suffers more as it gets older.”