Seat Leon: good design and functionality leave life in this old dog yet 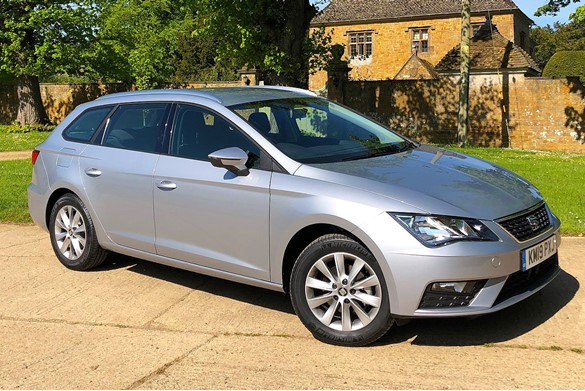 Although the current Leon is ripe for replacement, Seat announced in July that sales of the third-generation had reached one million and it accounted for one in four cars sold by the brand in the first half of 2019.

A busy period of road tests and business commitments gave AM’s Leon ST something of a reprieve after two months of fairly heavy use. But when I returned to its comfortable, fabric-trimmed seats in pursuit of pure practicality, it underlined that Seat’s best-selling car still excels at what the brand calls “formula Leon” – the focus on design and functionality,

Car buyers may be turning to newer SUV models in their droves, but the Leon ST offers better legroom and boot space than any soft-roader for similar money.

Skipping between cars did occasionally highlight the 115PS, one-litre engine’s limited torque at lower revs, which can come up a little short on an uphill slog with a laden car.

The Seat Leon is far from the market’s newest contender, with the Kia Ceed Sportwagon, Toyota Corolla Estate and Ford Focus Estate all very fresh.

But three months in its company have proven that it remains a practical option that should remain firmly on buyers’ consideration lists.