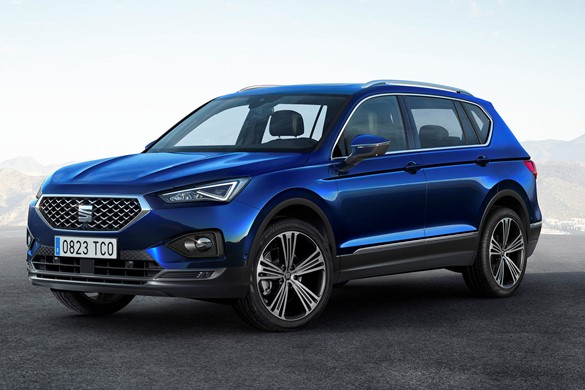 Seat’s fortunes in the UK have improved in the past two years as it gained its first two SUVs, the Ateca and the Arona, which took the brand into new market segments. In February, its dealers will gain a third, the Tarraco, which should bring yet more new customers to showrooms.

Based on an extended MQB production platform, and built at VW Group’s Wolfsburg plant in Germany alongside the Volkswagen Tiguan Allspace, the Tarraco is Seat’s largest SUV and has seven seats as standard in the UK. Like most rivals in this sub-segment, the Tarraco is aimed at drivers who will only occasionally need to use the rearmost seats, so the Seat Alhambra, the even larger MPV, will be protected. Seat pointed out that Alhambra sales are rising globally, and there is no intention for the Tarraco to be its sole seven-seater.

The Tarraco’s arrival completes the planned SUV line-up and means Seat now has vehicles in 80% of the new car market’s segments. It’s an important flagship and is the first model to adopt a new design language at the company, distinguished from older Seat models by a more prominent grille, sunken headlamps and a full-width rear light. More will become evident in the new Leon, which will be revealed at  the Geneva Motor Show in March.

There will be four-wheel drive Tarraco models, offered only with 190PS 2.0-litre engines in petrol or diesel form, but demand is predicted to be low. The strongest demand is expected for models with front-wheel drive and 150PS engines, either a 2.0-litre diesel or 1.5-litre petrol, due to the better fuel efficiency, lower price and lower first registration VED rate. Under the combined WLTP test, the 2.0 TDI 150PS can achieve 50mpg and 148g/km CO2, and the 1.5 TSI 39mpg and 165g/km.

Unlike the great-handling Ateca, the Tarraco puts more emphasis on comfort than sportiness. Seat has no plans to offer a high-performance Cupra Tarraco at present, unlike it has just done with the Ateca, but an assertively-styled Tarraco FR may be added if demand is there. The carmaker confirmed it will launch a plug-in hybrid Tarraco in 2020, with an expected range of 30 miles in pure electric mode.

In 2018, Seat UK announced its ‘easymove’ strategy to simplify the choice for buyers by making the typically most popular optional extras standard fit. For the Tarraco, that means there are four different trim levels available at launch: SE, SE Technology, Xcellence and Xcellence Lux. After choosing their desired trim, all customers need to decide is which colour they want.

The Tarraco is priced and equipped to compete strongly with segment rivals, and it looks like an attractive addition to Seat dealers’ showrooms. They are positive about the new car, according to Richard Harrison, director of Seat UK (See our interview on page 24), who said: “Tarraco is already turning heads. represents exceptional value for money.” 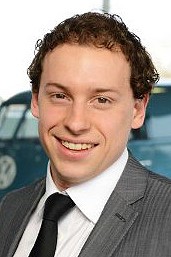 The 1.5-litre petrol is expected to be the main volume model. Why?

The trend in petrol and diesel in the market. Also, that engine has done really well for us in Ateca and Leon.

Where does that leave diesel variants?

There’s definitely a market for diesel in this segment. A significant proportion is made up of diesel. If you look at some of the competition in terms of offering a seven-seat SUV, some are only selling diesel. But we know where our customers have been on other models, that’s why we think petrol will be the strongest seller, but there’s absolutely a place for diesel.

Are you confident you can sell the Alhambra and the Tarraco, both seven-seaters, in sufficient volume?

Yes. Alhambra volumes are doing well (2,631 sales in 2018) and, looking at the products, there are clear reasons why you would buy each one. Customers who need seven seats every day have Alhambra, as there’s more space. Where Tarraco fits is in that it is for five seats 90% of the time, seven seats 10%. That’s a clear differentiation in terms of customer base.

What about product splits?

Front-wheel drive will be the dominant choice, purely from the cost perspective for a lot of people. But our 4Drive (four-wheel drive transmission) kicks in with our higher powered models, and I would expect the mix of those high power engines to be stronger than in some of our smaller cars – that’s naturally going to link to a bigger mix of 4Drive.

What national activity will lead up to the Tarraco’s arrival?

There’s a dealer launch weekend planned for February. That’s something we don’t control centrally, each dealer will have their own marketing launch plan. To coincide with that, our above-the-line media will kick off from early Q1. Plus there will be a multi-channel perspective to our marketing.

Until recently the large, seven-seat SUV market has seemed like a limited opportunity, with modest volumes. What’s behind the apparent resurgence?

It’s probably the versatility it gives you. In the past if you wanted seven seats, you had to change bodystyle (to an MPV). This now gives customers the opportunity to have both, that versatility and flexibility, without changing bodystyle.