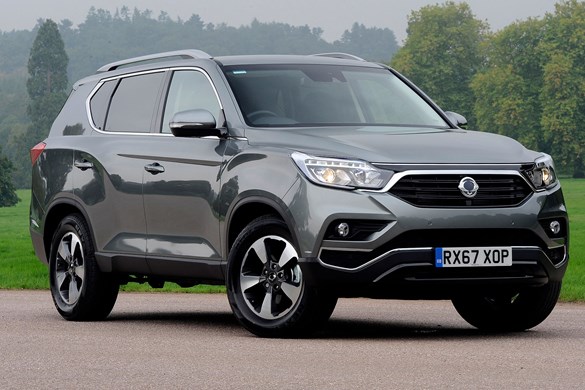 Few UK consumers have even heard of the SsangYong Rexton, let alone seen one of the roughly 350 registered a year. Those who are familiar with it consider it a 4x4 workhorse, cheap to buy and rather agricultural, yet capable of towing and traversing anything they desire.

However, there is now a new Rexton on the block. It’s a higher-quality product, so buyers of the old model will notice an immediate difference. They will also be relieved that it has not been ‘SUV-ified’.

Many other brands that once had 4x4 workhorses have evolved their products away from the type, making them handle better on the road, improving fuel economy and reducing emissions. Doing so has broadened their consumer appeal, but the consequent reduction in towing and go-anywhere capabilities has left some niche customers behind. SsangYong wants those customers, as evidenced by its displays at national caravanning shows, equestrian meets and agriculture events.

The Rexton’s fundamentals have not changed. It will tow 3.5 tonnes, sufficient for a double-axle horse trailer or huge caravan. It is a proper 4x4 – on the media launch, I drove it up and down an overgrown, long-abandoned quarry, using low-ratio four-wheel drive to climb steep, rutted inclines thick with wet mud and allowing hill descent control to safely bring me down again.

However, it is still cheaper than the competition – Rexton starts at £27,500, about £5,000 less than an equally capable Mitsubishi Shogun and some £16,000 cheaper than a diesel Land Rover Discovery.

This Rexton is a great step forward from its predecessor, in styling, perceived quality, cabin layout and technology. Depending on the model grade, it has up to nine airbags, lane departure warning, forward collision warning and autonomous emergency braking. The range-topping Ultimate trim gets 360-degree camera monitoring for easy parking and blind-spot detection with cross-traffic alert.

Mid-grade ELX (priced £32,000) and Ultimate (£37,500) add a larger screen with navigation, leather trim, powered and heated front seats, keyless entry and start, and a heated steering wheel, with Ultimate getting additional styling details and an electric tailgate. ELX is available with five or seven seats, and Ultimate is five-seat only. 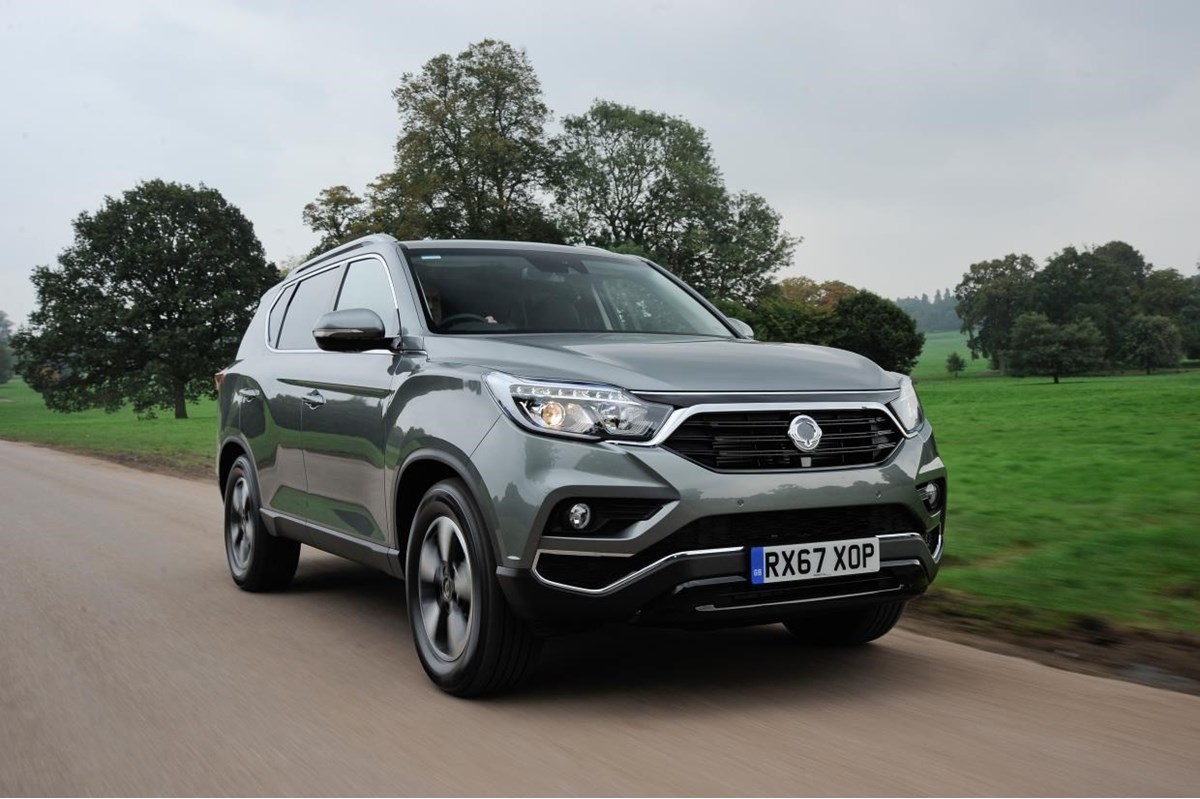 SsangYong claims the new Rexton is quieter and more powerful than the old model, thanks to better cabin sealing, a slightly sleeker shape and the 2.2-litre turbodiesel and seven-speed auto transmission sourced from Mercedes-Benz. Customer test drives will show it’s far from peaceful when cruising at A-road speeds, however. Running costs are a weakness too – thirty-odd miles per gallon and £140 annually for VED band K have to be budgeted for.

But buyers will forgive it, because it will do so much else for them, and the five-year warranty gives them some peace of mind with such a relatively unknown Korean brand. And with its 820-litre boot, which expands to 1,977 litres with the rear seats lowered, they could always sleep in it while away at the gymkhana. 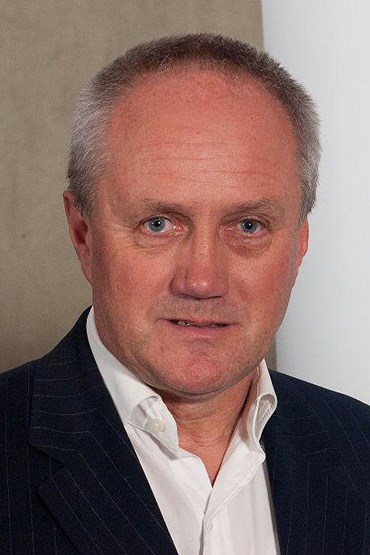 What opportunity does Rexton represent for your dealer network?

Significant. It’s a new flagship vehicle, which takes the brand into a different place. contemporary interior, great exterior, great value, but a much bigger volume proposition than before. It really stretches the brand, and will stretch the network considerably.

Old Rexton sales were about 350 a year. I think the new one can get into four figures. The critical point is the network – if we had, say, the Mitsubishi network with largely owner-drivers, the car is probably worth 3,500 units, although we’d probably need £1.5 million in marketing as well. The balance between investment in marketing and the size of your dealer network is an interesting challenge. We don’t know how we’ll solve it, but we’re doing a lot of planning and thinking.

How are you marketing the Rexton?

We held the media launch in October, and we’ve been on the internet with full information since September. Once the cars are in the UK, we will use the internet quite aggressively. We already have quite a decent bank of enquiries. We’re also working at shows and events, such as the Birmingham NEC caravan show in October, which is our biggest single event of the year. The Rexton was the centrepiece of our stand, and visitors had the opportunity to ride and drive, with or without a caravan attached, around the NEC. We also got one of our TransEurasian cars (first production new Rextons which undertook an 8,000 mile road trip) into the marquee of the Caravan And Motorhome Club, which we sponsor.

What business does the show generate?

Our display is manned by our people, who do lots of shows for us during the year, and it’s oriented toward data capture, rather than selling. We get about 400 leads from the show, and convert between 5% and 10% of those during the year. Everything gets pushed out to dealers overnight.

This Rexton is not offered as a commercial vehicle, unlike the old one. What else is coming from SsangYong?

A Rexton-derived pick-up is coming in the middle of next year. We think it will take us more formally into the pick-up market. It’s exciting times. You change the orientation of your brand from a Tivoli-dominated brand, in 18 months’ time, to a brand selling perhaps 2,000 pick-ups.