MItsubishi's L200 picks up the pace 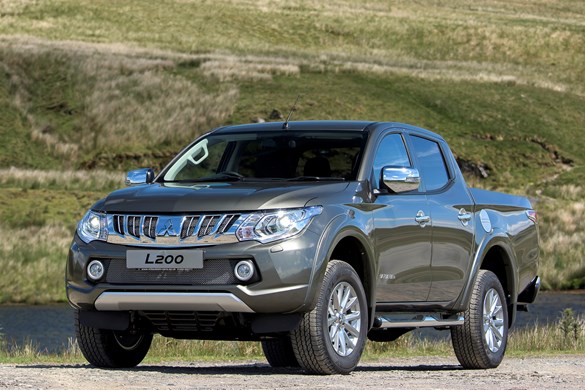 The Mitsubishi L200 has existed in one form or another since 1978, with a new version of the pick-up emerging every nine or 10 years, so the fifth generation has arrived right on schedule.

At the launch of the new model, Mitsubishi’s managing director Lance Bradley claimed it beats competitors for fuel economy, emissions, manoeuvrability, carrying capacity, four-wheel-drive ability, safety, specification, driving efficiencies, and weight. He said it is also cheaper than the competition.

The fourth series L200 sold almost 6,500 units last year and the target for its replacement is pitched around the same level at about 6,000 in its first 12 months.

“That’s the plan,” said Bradley. “However, having seen people’s reactions to the model, we do expect more than that. The figure could be anything around 9,000.”

The manufacturer has made the deliberate decision to have some of the Series 4 models available to purchase cheaply.

Bradley said: “There are always some customers that like the predecessor better, so we wanted to keep Series 4 for those customers.”

The Series 4 will be available alongside the Series 5 for 12 months, or until all 2,000 produced have sold. The Series 4 Challenger will be priced from £16,499.

The fifth-generation L200 gets a new MIVEC diesel  engine and is two seconds quicker than the outgoing model.

The Euro 6-compliant engine also has the “lowest CO2 of any pick up on the market” at 169g/km, which “safeguards pick-up drivers against changes to the emissions-based tax regime” – the closest competitor is the Isuzu D-Max at 192g/km.

The fifth-generation L200 also claims to deliver better fuel efficiency than its competitors, at 42.8mpg on the combined cycle. The next nearest, the Isuzu D-Max, does 38.7mpg followed by the Toyota Hilux on 36.7mpg.

The new model can switch between two- and four-wheel driving modes at speeds of up to 62mph.

Having really put the model through its paces on a wet course at MIRA and a specially designed off-road course, the stability and off-road capability are real bonuses. The model features a new shorter shift, which is a more car-like way of driving than its predecessor, resulting in a more comfortable and less ‘work’ feeling vehicle.

Bradley said dealers “reacted really well when they were given the specifications and saw the aesthetics”.

He believes Mitsubishi is a strong force in the pick-up market. So much so, in fact, that he said there would be no real need to market the L200. There will be no TV advertising and its ‘showing the world how it’s done’ launch advertising campaign involved heavy use of social media.

The Mitsubishi L200 Series 5 was also recently named Auto Express Pick-Up of the Year before it had even gone on sale in the UK.

Bradley said Mitsubishi has had more and more big groups applying to be a part of its dealer network.

“We haven’t had this much interest for a long time, probably going on five years, so it’s great to see the brand growing.

“We are recruiting dealers all the time. We currently have 125 dealers working with us in our network, but we aim to grow this.

“Our dealer network is spread and separated into territories, we are looking at where we are missing dealers and where we require representation, but we do plan on getting on board an average of at least one dealer per month, for the foreseeable future.”

The customer demographic for the Mitsubishi L200 is exclusively male and between the ages of 30 and 40. Bradley said it is predominantly a business tool, bought by businesses that require a pick-up, such as building trades, farmers or vets.

Unfortunately for Mitsubishi, these are the same customers that the new Nissan Navara will target when it arrives in January.