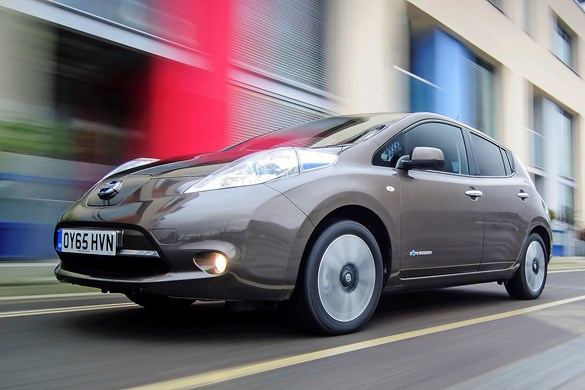 Who knows where  the term ‘range anxiety’  originates? Perhaps it was travellers with a bout of ‘Delhi belly’ and no idea how close the next public toilet would be. Or medieval archers desperate to take out a rival army before it could close on the castle walls.

In any case, range anxiety in the 21st century seems securely associated with electric vehicles. Carmakers promoting EVs are having to re-educate consumers,  accustomed to covering 400 miles between weekly fill-ups, that they can change their habits, save money and protect the environment. The downside is being able to only cover 60 miles or so before the dread kicks in that they may not be able to complete the journey.

However, the fear of being stranded is not generally borne out by reality – data from the Office for National Statistics shows the average daily mileage of a UK driver is about 32 miles. Nissan, which launched the Leaf electric car in 2011, has often argued along similar lines. Yet consumer confidence is crucial, so now that battery technology has improved it has brought out a second Leaf model with a longer range and an eight-year battery warranty.

The original Leaf, with its 24kwh battery and official range of 120 miles – likely 80 in real life – remains on sale from £20,790. Yet those seeking more range security can now pay a £1,600 premium for a Leaf with a 30kWh battery that provides an official range of up to 155 miles, the greatest of its rival pure EVs. The results of our 60-mile test drive on a cold, wet January day suggested a real-life range of 100-110 miles is likely to be its limit.

Buyers keen on the longer-range Leaf cannot purchase it in the base Visia trim. Instead their choice is Acenta or Tekna. Acenta comes with a rear-view camera, auto wipers and lights, alloys, a heat pump energy-saving cabin heater and the NissanConnect EV system, which lets owners keep in touch with the car by mobile phone to start charging, switch the heater on and view the remaining range. Tekna gains LED headlamps, leather seats, Bose audio and 360-degree parking cameras. The options list includes an upgrade of the on-board 3.6kW charger to a 6.6kW one, which will lift the one-hour charge range from 17 miles to 32.

There’s certainly enough technology and comforts on the Leaf to satisfy someone trading in a mid-spec VW Golf or Ford Focus and the extra range this new model offers will reassure them.

The main objection for sales executives to overcome now will be the headline  price. Sticking with a petrol-engined family hatchback could prove several thousands of pounds cheaper initially, but those choosing a Leaf get longer-term benefits, such as average running costs of 2p to 5p per mile.