Honda tries to bridge the miles per gallon gap 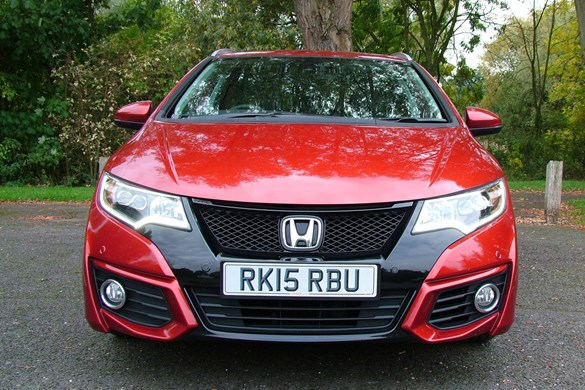 If the current turmoil surrounding the motor industry’s emissions saga proves anything, it is that fuel efficiency and emissions remain one of the hardest-fought areas in the attempt to attract automotive sales.

Marketing, branding and a requirement to make vehicles affordable to consumers through an array of PCP and HP deals are all prerequisites, but when it comes to on-paper appeal, mpg and CO2 figures often mean more to UK buyers than anything else.

Thankfully for AM, the 1.6 litre i-DTEC in our Sport Tourer long-term test car can proudly boast on-paper claims of 72.4mpg and 103g/km of CO2. Not enough to avoid an annual VED bill, but impressive for a car with the Civic’s load-lugging ability.

However, through a mix of lengthy motorway journeys and stop-start driving on more minor roads, the best fuel efficiency we have seen indicated so far has been a little over 58mpg. So the debate about the difference in figures recorded under official EU test conditions and during ‘real world’ driving conditions rumbles on.

Honda has attempted to address customers’ observations about the disparity by installing a system to help drivers travel more economically.

Its Eco Assist system attempts to coax the best from drivers, with the combination of a coloured light sequence within the instrument display. This glows blue when being driven in an unsympathetic fashion, changing to  bright green to celebrate a more economical style.

The system also numbs throttle response, curbing vigorous inputs, and even imposes a slower rate of response when asking the cruise control to return the vehicle to a pre-set pace.

A realistic approach means we are not unduly disappointed with the Civic Sport Tourer’s performance, but its key rivals serve up their own set of equally compelling statistics.