Mitsubishi's diesel Outlander is no country cousin to the PHEV 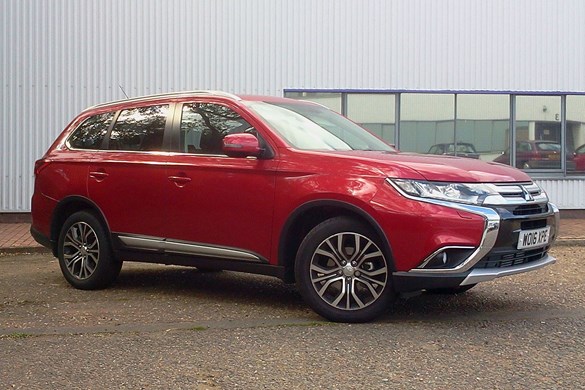 The current Outlander has been a real success story for Mitsubishi.

Much of the growth in registrations has been driven by the Outlander PHEV, the first hybrid SUV to reach the market and a vehicle made popular among company car users due to the significant BIK tax savings offered by its low emissions. Yet while PHEV has created the headlines and given a huge boost to Mitsubishi’s brand awareness, the diesel Outlander has been steadily popular too. Of the 5,047 Outlander retail registrations to the end of September, 20.2% were diesel.

As a more traditional 4x4, the Outlander diesel better suits buyers with longer distances to travel or towing needs, while those with growing families should also appreciate the seven seats and interior space.

Buyers are attracted by its 2.2-litre ‘clean-diesel’ engine which, when combined with a manual gearbox and Mitsubishi’s intelligent four-wheel drive system, achieves 53mpg and 140g/km CO2 in official EU tests. Just as important for many is its ability to tow a 2,000kg braked trailer such as a caravan or a small animal trailer.

The version we’re testing over the next six months has a six-speed automatic gearbox, so doesn’t achieve the same fuel efficiency. Even so, its official figures look favourable against a comparable diesel auto Kia Sorento or Hyundai Santa Fe (both 42.2mpg and 177g/km).

Unfortunately for Mitsubishi dealers, a Nissan X-Trail does have a slight upper hand (52.3mpg and 143g/km). However, it is not offered in both 4WD and automatic transmission, so prospective customers comparing it with Outlander will have to make a compromise.

Further enticements include a five-year warranty, 12,500-mile service intervals and a three-service plan for £700. Mitsubishi is also currently offering a £1,000 deposit contribution.