Suzuki punches above its marketing weight 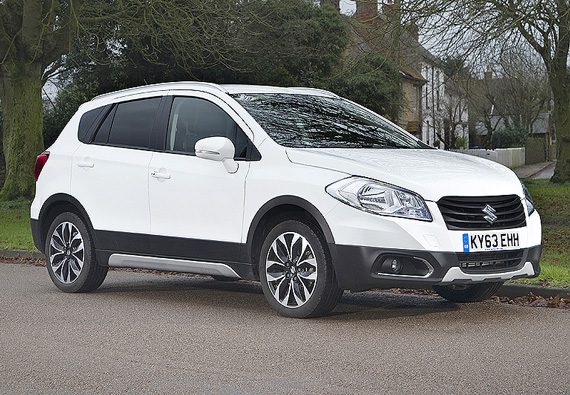 As a brand with less than a 2% share of the UK’s new car market, Suzuki GB’s marketing budget naturally doesn’t stretch as far as its larger rivals.

It’s a brand that enjoys strong loyalty and satisfaction among its existing customers, thanks often to the personal touches delivered by its dealer network. However, the manufacturer can struggle to get its cars on many consumers’ consideration lists, due to limited product awareness.

Suzuki dealers value the manufacturer so highly it came third in the latest National Franchised Dealers Association Dealer Attitude survey, behind Mercedes-Benz and Kia. However, the detailed breakdown of that survey show dealers want improvements in the brand’s marketing, particularly in the quality of its web presence and its integration of dealers’ own websites.

Aspects that dealers believe Suzuki has got right are its product advertising, social media activity and strength of consumer offers. The S-Cross crossover SUV range, which AM is currently testing, is available at 5.9% APR finance from £189 a month on Suzuki personal contract hire, or £179 per month on PCP. The brand also has several cars, including an entry level S-Cross SZ3, available on Motability for zero advance payment. Its sponsorship activity of recent years has included idents for ITV1 movies, backing the MK Dons football team, and supporting the UK Worker of the Year Competition.

Its launch of the Celerio city car in February made the national press for the wrong reasons, when the car was recalled immediately for changes to its brake assembly. That was quickly resolved by the company, while dealers were kept well informed and put customers into loan cars, and print and billboard marketing efforts linked to the Celerio were quickly switched to promote other models.

In fact, Suzuki was praised in the consumer motoring media for how quickly and efficiently it dealt with the problem, so brand awareness may even have received a boost.

That, and generally favourable reviews for the Swift, S-Cross, Celerio and its latest launch, Vitara, should ensure the Japanese brand can squeeze more bang out of every buck it spends of marketing.

What’s been said about the Suzuki S-Cross

The Nissan Qashqai crossover is a bestseller and it was the benchmark against which the S-Cross was measured, and the model from which Suzuki hopes to steal some of the limelight.

Indeed it delivers the same sort of package as the Qashqai but it’s more keenly priced and offers lower running costs, so it’s one to add to shopping lists if you’re in the market for a crossover.

The S-Cross gives you a lot of space for your money and is available with a strong and efficient diesel engine. Make sure you can live with the firm ride, though. And avoid the higher-spec versions.