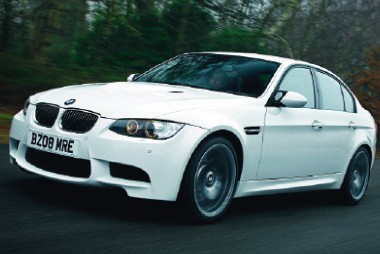 It’s unfortunate that BMW’s M3 arrived as the worst snowfall in years hit the area. As a result, the rear-wheel drive car didn’t have the outing it deserved.

BMW’s most powerful production four-door 3 series has performance and practicality which will appeal to those who want the best of both worlds.

It has plenty of space for the family man – with a 450-litre boot and spacious room in the back. It’s a fun car to drive with a four-litre V8 engine and paddle shifts, for when the seven-speed auto isn’t quite good enough.

The M3 has brake energy regeneration, which the German carmaker claims makes it one of the most fuel-efficient
performance cars ever