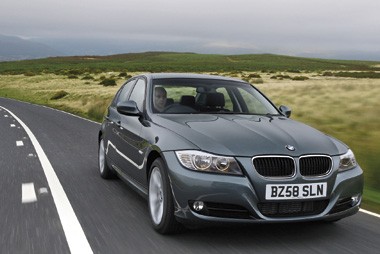 It’s time for a refresh on BMW’s ever-popular 3 Series and, as you would expect, it’s got the classic addition of new light clusters on the front and rear but to look at, not much else.

The 3 Series accounts for 45% of all BMW’s sales in the UK with 28,000 units sold in 2007. BMW isn’t expecting this number to change much this year after capping its sales to what it feels is its optimum size in the market.

Minor changes include moving the front electric window switch forward after buyers complained they were opening the rear window by accident.

James Morrison, 3 Series product development manager, said: “Most of the changes on the refresh have come after feedback from early buyers of the last model.”

The 320d is expected to remain the best seller taking 46% of all 3 Series sales.

The new iDrive system is easier to navigate and features higher quality graphics. The iDrive selector wheel now has shortcut buttons to make it easier to skip to different menus.

The line-up of engines remains the same apart from the addition of a new high-performance six-cylinder 330d diesel.

It offers 242bhp at 4,000rpm but will still give customers 49.6mpg thanks to its EfficientDynamics technology.

The whole range of BMW engines offer great ride and responsive steering, but it’s the new 330d that really delivers.

It gives rapid acceleration and an aggressive engine tone when driven hard, but can also transform into a smooth motorway cruiser.

It’s so good in fact that it almost negates the need for the higher priced 335d above it in the range.

The 3 Series still delivers on all fronts, but by not altering the recipe for success has it become a safe bet?

This is something BMW are aware of.

A BMW spokesman said: “Some customers have migrated to other brands because they just wanted something different.

“We’re looking for our other models like the forthcoming X1 crossover to peak buyers’ interest so there’s somewhere for them to move within our range.”