In 1996, 78,290 SUVs were sold in the UK. That was before the launch of the Land Rover Freelander. It revolutionised a growing SUV niche for compact vehicles.

It remained sector leader until 2005, when the aging model fell behind the Honda CR-V. Land Rover is confident of reclaiming top spot with Freelander 2, predicting sales this year of 50,000. The first-generation Freelander’s success came despite the model not fully retaining Land Rover’s DNA: interiors were poor and off-road capabilities watered down.

Redress came in 2004 when the exterior was given a premium look and feel.

This second-generation model moves the Freelander further upmarket and gives it the full set of mud plugging toys. It now looks, feels and performs like a mini Range Rover and slots in as the perfect entry to the Land Rover brand.

The pull of the Land Rover badge will be crucial this year as a flood of new rivals hits the market. They include the Chevrolet Captiva, Citroën C-Crosser, and Honda CR-V.

Where Freelander wins is off-road. No matter that few owners will venture cross country, what they want is the self satisfaction that comes from knowing their car is the most capable 4x4 in the class.

All these acronyms could have easily got in the way of the Freelander’s on-road performance. But they don’t; Freelander 2 is an impressive performer, with sharp handling and solid pace from the 2.2-litre TD4 turbodiesel.

Customers get much more with Freelander 2: more room, more refinement, more comfort and better quality. They also get better fuel consumption, with a combined figure of 37.7mpg, and a remarkable 2.7 seconds lopped off the 0-62mph time (now 11.7secs).

Retailers will also get more – more money. Freelander 2 comes in at £20,935, more than £1,000 higher than the old five-door version. And it holds its value better, with CAP quoting 51% for the entry diesel. 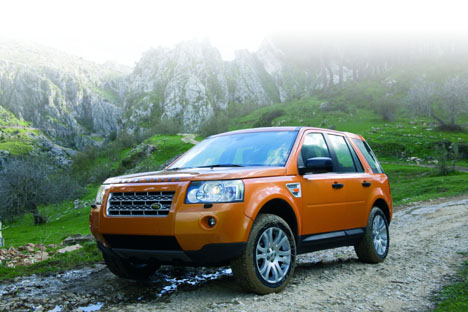 In the wake of Evoque’s sales conquests it could be overlooked that Land Rover has long been selling superb premium vehicles.