There’s a perception that Rover 75s are driven by grumpy old men. If this sector of the population is indeed the main buyer of MG Rover’s big saloon and estate, Rover badged and in sporty MG ZT form, then there’s good reason for them to be foul-tempered: they’ve probably got very sore left legs.

No space has been allowed for a foot rest in the floorwell, and this can lead to discomfort, particularly when coupled with advancing years and a heavy clutch. It’s one of the downsides of the ZT 260, MG Rover’s spin on a muscle car. Attached to the clutch is a Ford Mustang-derived 4.6-litre V8, which produces a burble to compete with Radio 4, zero to 60mph acceleration in 6.2sec, a top speed limited to 155mph and the side effect of 21.5mpg combined fuel economy.

We didn’t get near the official consumption figure in our week’s test in the 260bhp saloon and approaching the 6.2sec sprint requires nimble footwork to clear a transmission tunnel enlarged to accommodate the American-made Tremec in-line five-speed manual gearbox.

Like most MGR products, the ZT wears parts that have evolved mainly independently of the car rather than being developed specifically for it. There are exceptions, like the multi-link rear suspension on the 260, but general cherry-picking does inject freshness into an ageing range.

As a sub-£30,000 muscle machine in the old-school style, the ZT 260 works. Just make sure potential buyers aren’t too old-school themselves and that they have the leg muscles to cope with the clutch. Auto-matic is not an option. 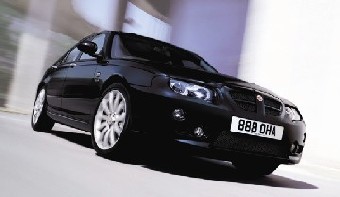