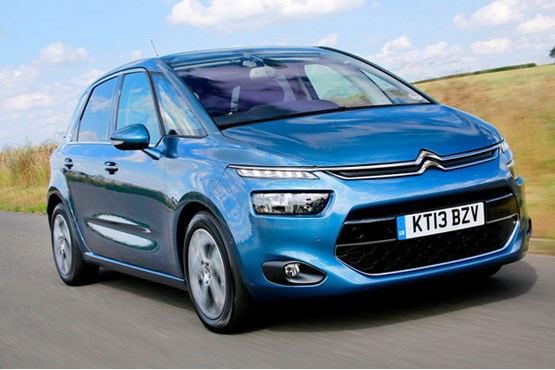 Citroën has been a strong player in the family MPV segment since its Xsara Picasso debuted in 1999.

Fast forward to 2013 and the brand is in a very different place. Models such as the DS3 have elevated Citroën beyond its volume status, but the desirability of the C4 Picasso should avert any dealer worries that its C-range would be left behind to battle it out in the middle market.

There’s a striking confidence to the design of the new C4 Picasso.  Citroën is targeting style-conscious younger families with one or two children who don’t want to compromise on desirability and older couples with grown-up children who need space, practicality and ease of access. This car’s larger sibling, the Grand Picasso, will take more sales, but the five-seater will sell 6,000 units in a year, split 50/50 between retail and fleet.

Citroën has mixed style and practicality well, with six storage compartments in the cabin and loads of  room. The boot has 537 litres of space and a 2.5-metre load length with the front passenger seat folded forward.

The design flourishes on the exterior continue inside the cabin, particularly on the dash, with flowing lines and solid fit and finishes. There are four trim levels in the UK, VTR, VTR+, Exclusive and Exclusive+, as well as a choice of five engine options. With an anticipated 90% diesel/10% petrol mix, the top-selling model is forecast to be the VTR+ e-HDi 115 six-speed manual and it’s a really capable, torquey engine. Citroën engineers have done a good job on dampening noise and it is refined enough to stand up to the engine in VW’s Touran.

The e-HDi is also capable of 70.6mpg and has CO2 emissions of 105g/km. The standard six-gear manual gearbox is precise, although the six-speed automatic is very jerky and felt antiquated next to dual-clutch transmissions from Ford and VW.

Citroën’s trademark comfortable ride has transitioned intact to the Picasso, too. The seats are supportive and the steering is quite light, but firms up enough at cruising speeds.

The test for dealers and consumers will be whether Citroën’s success with establishing its premium credentials with the DS brand will rub off on the C4 Picasso to help it compete against a German badge.

What’s been said about the Citroën C4 Picasso


WHAT CAR?
The C4 Picasso is a very practical and thoughtfully designed family car with a classy interior, space for five and a big boot, plus most versions offer low running costs.

AUTO CAR
The Citroën C4 Picasso won’t be a dynamic rival to the likes of the Ford C-Max, or even the Renault Scenic, but it counters that with a fine ride quality. Combine that with what is likely to be a very competitive equipment list at each price point, a spacious interior and styling that challenges – mostly in a good way – and the C4 makes a solid case for itself.