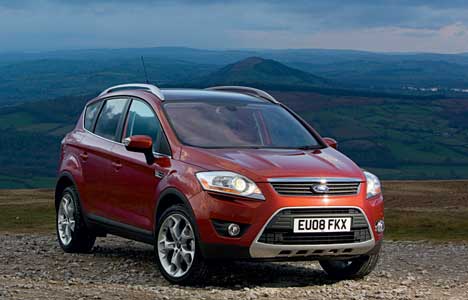 Ford came late to the party once before, with its MPV models; now it has repeated the trick with its first crossover vehicle.

The S-Max MPV has still been hugely successful; can the new Kuga also make its mark in a mature segment?

It expects to sell up to 7,000 units in a full year, limited by production.

Those constraints will mean high margins – dealers should easily make the numbers at little or no discount.

Around 60% of buyers will be conquest, which means almost 3,000 units will not be incremental. Two-thirds of sales will be retail.

TV ads will be slotted into F1 motor racing and Champions’ League football, but also in shows like Desperate Housewives.

The message is that both female and male buyers are being targeted. Ford has kept the range simple.

Kuga, on sale this month, has one diesel engine, a 2.0-litre Duratorq TDCi 134bhp, and two trim levels – Zetec and Titanium.

Points to promote include keyless start-up and, at 169g/km, easily the lowest CO2 emissions in its class.

A 197bhp 2.5-litre petrol version will be introduced near the end of the year which will also offer automatic transmission, but Ovendon expects it to make up only 10% of total sales.

It had off-road credentials, but Kuga’s ability to tackle muddy fields is unknown; although it has intelligent four-wheel drive there was no opportunity for off-roading on the press launch.

On the road, the Kuga is a relatively effortless and comfortable drive with smooth six-speed manual transmission.

Based on the same platform as Focus but with extra weight and a higher point of gravity, it’s a bit harder to drive, but there are no major complaints.

The Kuga has distinctive looks to stand out from the crowd and good cabin quality, matching C-Max. 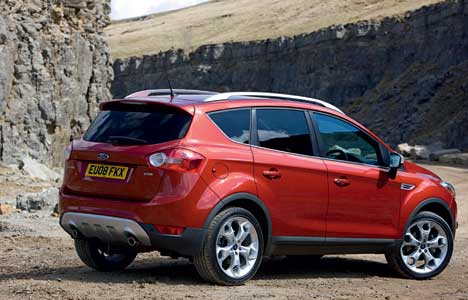 Space in the front and boot is abundant but back-seat passengers will find it a bit claustrophobic with the low roof line and a lack of legroom.

Ultimately, the meaty looks of Kuga, along with its smart interior and acceptable performance, will appeal to the family who wants to portray an image as adventure-seekers.