The Evolution name needs no introduction for die-hard petrolheads.

It’s a brand synonymous with afford-able, high performance motoring and has attracted a loyal and ever-expanding fanbase since the first Lancer to bear the name arrived in Japan in 1992.

For most of that time it’s been in a pitched battle with its closest competitor, the Subaru Impreza, both on the road and in the World Rally Championship.

But while both cars have a following of devoted enthusiasts, neither has gained the edge, at least until now.

Aesthetically, the Lancer has managed what the new Impreza has failed to do by retaining the aggressive looks that gave its predecessors such presence.

Although the driving experience has always been the major selling point of both cars, the controversial hatchback styling of the Impreza edges the balance towards the Mitsubishi.

But while the Impreza will remain its a key competitor, Mitsubishi is gunning for a wider range of buyers with its latest super saloon, Dealers should be looking to tempt customers out of high performance German cars such as the BMW M3 and Audi RS4.

This is a tough ask. 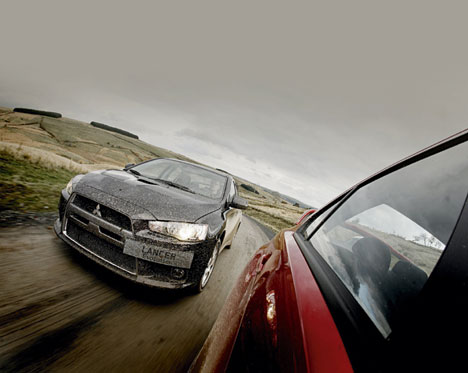 Previous Lancers have always been good at lairy acceleration and stomach churning grip, but refinement and build quality have never been a priority.

To compete with the Germans, Mitsubishi needed to take a step upmarket.

The Evolution X responds to heavy throttling with the same brutality as its predecessors, but it’s an altogether softer and more forgiving machine to live with.

The interior is still a few years behind European rivals in terms of plastics but, for the first time, it’s available with an automatic gearbox and even a factory-fitted Rockford Fosgate in-car entertainment system on the top of the range GSR trim.

As a result, it’s as suitable for a trip to the shops as a day on the track.

It’s just as owner-friendly in the long term, with improved residual values and the option to buy it with the Mitsubishi Service Plan.

Prices vary, but for the Evolution it comes in at a competitive £400.

More than 500 Xs have found homes in the UK, and the model is sold out until May.

An injection of refinement has made it an altogether more rounded car, but without losing any of the aggressive looks, blistering performance and kudos buyers have come to expect. #AM_ART_SPLIT# Behind the wheel 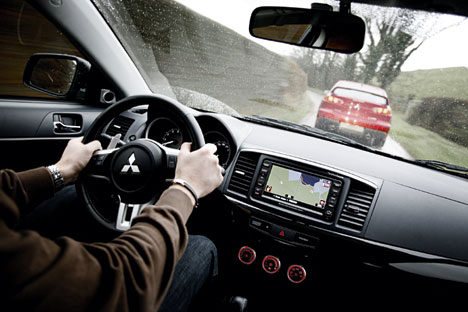 Strap yourself into the Alcantara-trimmed bucket seat, bury the throttle and the saloon surges forward with supercar ferocity, while its all wheel control system helps keep it in check under hard cornering.

Performance from the HKS-tuned FQ-330 and FQ-360 models is even more breathtaking, taking the already epic straight line pace to another level.

The DSG-style twin clutch automatic gearbox, available only on the FQ-300 GSR, does little to hamper the fun. 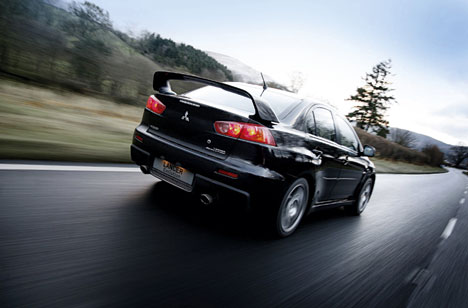 Changes are quick and lag-free, and the driver can select between three settings to suit the road ahead.

AM Poll
Will e-scooters and micromobility reduce UK car ownership by 2030? Please leave a comment
Vote
View all
3237