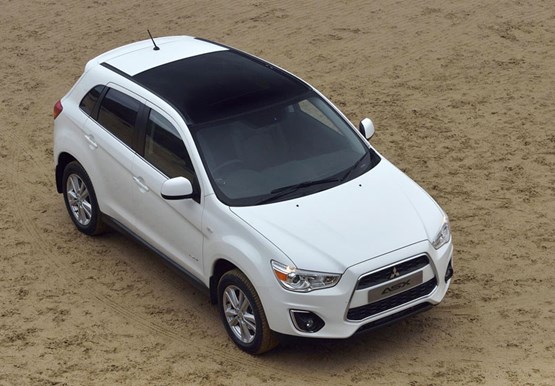 While the brand is still a long way off the sort of standing it had in the market in 2005 (when market share was more than 1% and annual registrations neared 25,000 units) Mitsubishi is again making its mark in the new car market.

Looking at its share since 2012 and total sales, the direction of the graph is emphatically upwards. This comes after years of a downward trend that, with little interruption, started in 2005.

New products such as the Outlander and the ASX are proving a boon to dealers, with help from a weakened yen and price drops of 9% and 10%, depending on derivative.

One dealer AM quizzed about the ASX and the brand summed it up: “I have a compelling offering for my customers – I can compete with the Koreans.”

As we prepare to say goodbye to our test car, we can take stock of the ASX, which has given Mitsubishi dealers their first opportunity in the small crossover market.

Set alongside key competitors, the Koreans in the form of the Hyundai ix35 and Kia Sportage, plus the Nissan Qashqai, the ASX is cheaper than the comparative competitor derivatives across the range. Our ASX 4 2.2-litre 4WD auto, for example, has a list price of nearly £3,000 less than the Hyundai ix35 Premium Panorama 2.0D 4WD auto.

The whole range has a high level of specification and our auto has the best in class – measured on like-for-like engine size and transmission – CO2 emissions and fuel economy: 153g/km CO2 compared with the Koreans’ 179g/km.

It is also in a VED tax band lower than its competitors. The ASX is in band G, the Hyundai and Kia in band I, the equivalent of an extra £45 a year.

As AM goes to press, Mitsubishi has announced the creation of 400 new “showroom, technical and head office” jobs.

Lance Bradley, Mitsubishi Motors UK managing director, said: “We are preparing the business for an extended period of growth with the recruitment of new staff and investment in training and dealer support.”