The 350Z has had a (very) subtle face-lift, but why alter something that works so well just for the sake of it?

Nissan has barely changed Ajay Panchal’s styling: the car is still low and muscular; it prowls around while collecting admiring glances.

It has a welcome extra 19bhp; Bembo race-developed brakes are there to pull all that power up again.

Eighteen inch alloys are now standard (previously a £1,000 option), as is ESP stability control and bi-xenon headlamps. It has a new front bumper and subtle changes to the radiator grille; and dramatic new rear lights, which contain 42 LED lamps on either side.

The interior has had a few new touches, too, including a softer feel and a magazine net in the passenger footwell.

What hasn’t changed? The driving experience, for a start. 350Z still reacts keenly to the driver’s every move, gripping hard and giving confidence on the twistiest of roads. The engine and exhaust note sound wonderful, whether at full throttle or sitting idling; it growls and purrs and invites you to push that bit harder, that bit faster. 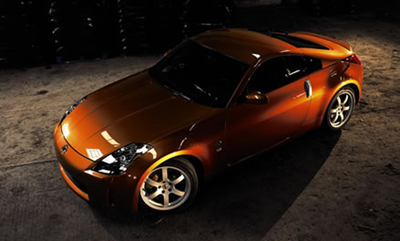 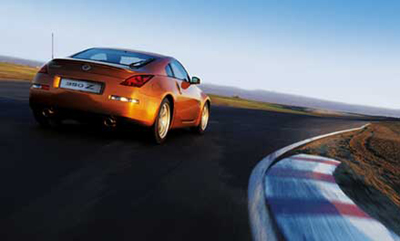