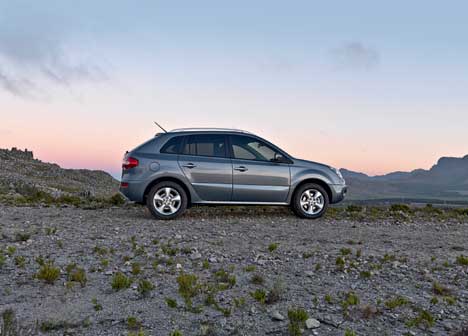 Being late to the party just might pay a handsome dividend for Renault when the new Koleos model finally rolls into showrooms in July.

The French firm has had plenty of time to drive its long-awaited entry into the burgeoning market for all-drive crossover cars – but it has used it well.

Created from a three-way collaboration – it was designed by Renault, developed by Nissan and built by Samsung, the alliance subsidiary in Korea – the newcomer ticks some significant boxes.

Undercutting rivals by as much as £1,500 and also boasting superior equipment levels, the Koleos has an air of quality.

While it doesn’t equal the Ford Kuga in styling, it seems to have all it takes to be a winner.

“We know it has taken us a long time to produce, and that it would have been quicker to market if we had gone into partnership with another maker and simply stuck our badge on the back.

“But the design of the Koleos shows we’ve had the time to look at some of the errors made by our competitors and find out what our customers want.

“As a result, it is sized to make it particularly easy to use with a big glass area and high driving position.

We’ve made it as serene off-road as it is on the main highway and it has the same interior space as a compact MPV.

We see this as a good proposition,” he said.

Retail buyers are expected to account for half the sales of the car, which is available only with the ubiquitous alliance 2.0-litre turbo- diesel engine in either 150 or 175bhp tune.

The front-wheel drive entry-level version – on offer for buyers who have no need to go off-road – stands on 17-inch alloy wheels and has cruise control, air conditioning, automatic parking brake, fog lamps, side protectors, tinted glass and bright roof bars.

“Aggressive pricing backed by a three-year/ 100,000-mile warranty to underline our improved quality will make the Koleos attractive to some of our Scenic MPV customers,” said Bouvier. 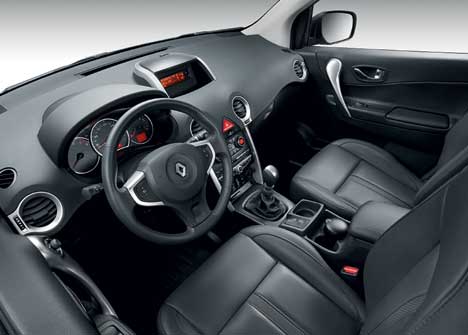