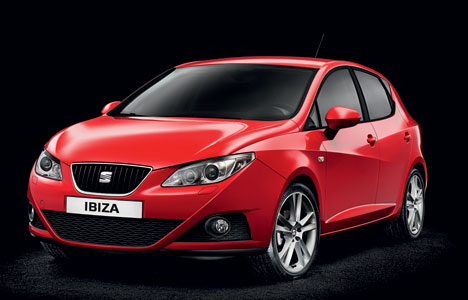 Where else for Seat to launch its new Ibiza than the party island of Ibiza?

It evokes the right image of passion and youthful exuberance that the carmaker is desperate to portray.

The downside to launching a car on a small island is the fact that there aren’t many roads and those that do exist tend to get quickly clogged with traffic.

Not so much a test drive as a series of short sprints between dawdling tourists.

But it was enough of a workout to appreciate that the Ibiza is a class act (see behind the wheel).

Seat has designed the new Ibiza to be the quality leader in its segment.

Considering its rivals include Fiesta (soon to become Verve), Corsa, Mazda2 and stablemate Skoda Fabia, that’s quite an ambition.

It certainly has the looks.

Seat claims the car is 90% concept Bocanegro and the lineage is easy to spot, even in the five-door version which goes on sale first next month.

The Ibiza has prominent opposing creases running from the front and rear light clusters and sits back on its haunches.

Sharply cut front headlights top and tailed by deep grooves in the bonnet and a low-cut air intake give the car an impish grin.

The interior is well designed with attractive aluminium flourishes around the main dashboard instruments which are slanted towards the driver.

However, some of the plastics are a bit scratchy and don’t look particularly hardwearing.

Rear space will be an issue for adults – although there’s more room than the out-going model, it’s still more cramped than the Fabia.

That’s possibly because the boot space has increased by 25 litres to 292 litres.

The performance FR and Cupra versions will go on sale just before summer 2009 with a seven-speed DSG gearbox.

An Ecomotive, offering less than 100g/km CO2, will also follow, although Seat dealers will continue to sell the current Ibiza Ecomotive for now.

They will also have the option of selling the existing three-door 1.2-litre Freerider and 1.9-litre TDi Sportrider until the three-door sports coupe version of the new Ibiza is launched, which might be as early as the end of this year.

Three-door prices will remain the same, but the cars will have a higher specification.

According to Seat, the car will appeal to the young and the young at heart.

It hopes to sell “slightly more” than the old model, which sold 13,000 last year.

Added to the mix is an innovative sat-nav docking station on top of the dashboard which replaces a built-in system.

Dealers should view it as a sales clincher – chuck in a £100 TomTom as part of the deal if the customer buys this car today. 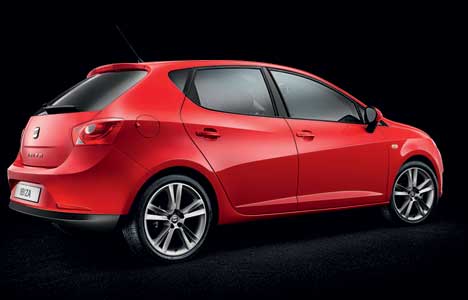 A wider track and longer wheelbase over its predecessor, combined with new front/rear suspension and a 50kg drop in weight, means the new Ibiza is agile and composed on the twisty bits and refined on the straights with direct, accurate, well weighted steering. It’s among the best in class.

It’s the first car within the VW Group to use the new small-car platform which offers a good mix of firmness and give.

The driving position is 22mm lower, which puts you closer to the heart of the car, while body roll has been all but eliminated.

Pick of the engines is the 1.4-litre petrol, which will account for the majority of sales.

Though lacking puff low down in the rev range, it is perky when pushed and quiet at motorway speeds.

The 1.2-litre petrol has a real thrum under acceleration and the noise is intrusive.

It’s not the best match for a car being positioned as the sporty option within VW Group.

The 1.9-litre diesel, not due on sale until next year, is 1.5 seconds quicker to 62mph than the 1.4 petrol but feels a bit lazy and needs revving to achieve that level of performance.

It’s worth sacrificing a bit of fuel economy as its in-gear performance is streets ahead of the petrol versions.

But it still doesn’t feel as sporty as the 1.4. 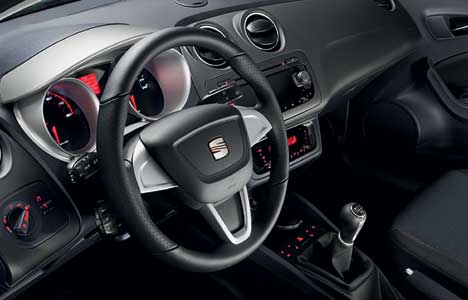