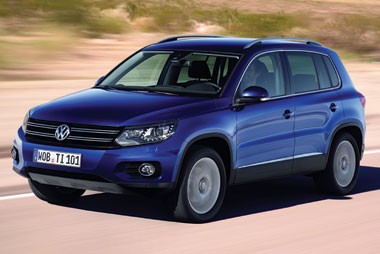 Marketing efforts will concentrate more on ‘pull’ than ‘push’ when the latest Volkswagen Tiguan reaches the showrooms next month.

Despite achieving a relatively modest annual sales, the compact SUV enjoys a bigger fleet share in its market sector than any other car in the German company’s model line-up in Britain – and Volkswagen UK wants to keep it that way.

Fleet customers account for more than half the total of 9,500 units sold annually to give it a 14% share of a small, but significant market sector.

And the carmaker, aware of the need to protect residual values with such a low volume product, will try to restrict sales into push channels and keep the Tiguan out of the daily rental sector.

Higher power and lower tailpipe emissions are key features of the new range.

Both front-drive models (108bhp and 140bhp) achieve 139g/km and 53mpg, allowing VW to claim its car is one of the most fuel-efficient SUVs available. Improvements in CO2 emissions – from 164g/km to 150g/km – mean the four-wheel drive 140bhp model drops into a lower VED band.

Both 108bhp and 140bhp units are packaged with BlueMotion technology features that include stop-start and a regeneration system that guarantees a fully charged battery at all times.

But an innovation on models fitted with Volkswagen’s slick-change seven-speed twin clutch automated transmission also boosts economy by putting the engine on idle each time the accelerator is released while the car is running at cruising speeds.

Thanks to car-like handling, reassuring grip through corners and light controls, the Tiguan is a great all-rounder for business and family use – and it has the power to haul 2,500kg trailer loads into the bargain.