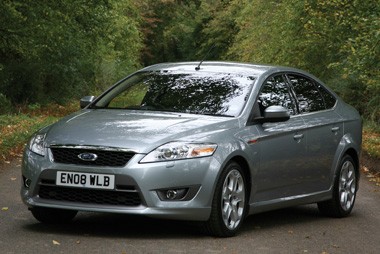 The salesmen’s car of choice, the Ford Mondeo, continues to be a firm favourite with the AM team, providing a comfortable, stable drive and well decked-out interior.

At £26,095 in standard form, the 2.2-litre TDCi Titanium X has more refined looks than its predecessor, the most powerful engine of the diesel range and a highly-specced trim.

But despite it being an all-rounder, it’s not a thrilling or responsive car to drive.

But a spacious, comfortable, well-performing family car doesn’t need to sparkle to succeed.

It’s long been the leader of the pack but, increasingly, its competitors have raised the game.

Newcomers like the Citroën C5, Honda Accord and Toyota Avensis will rival Mondeo’s status.

The biggest competition of all, the much prettier Vauxhall Insignia, is the real threat.

Drastic sale offers to budge the Insignia at some dealerships (as reported in AM January 9) will no doubt catch consumers’ attention even more than its aggressive advertising campaign.

The Mondeo beats Vauxhall’s Vectra comprehensivley on style and performance, but having driven the Insignia, it seems Vauxhall’s new offering could severely dent the Mondeo’s market.

However, day-to-day running of the Mondeo has been effortless.
Recent sub-zero temperatures have driven home the fact that Ford’s Quickclear heated front windscreen is brilliant at clearing ice quickly.

The Mondeo’s halo slipped the day I tried with all my strength to open the boot and almost failed. It is abnormally heavy; AM intends to have this looked at by its local dealer.